Yogi’s guidebook had a small footnote in its description of Skykomish that said that Andrea Dinsmore, hostess at Dinsmore’s Hiker Haven in Baring, was willing to drive the eight miles to Skykomish to pick up hikers and take them back to her place.  I made the phone call, and Andrea picked up on the second ring; I popped the question to her, and she said she would be there in twenty minutes.

I had no idea what to expect in the way of appearance or personality of Andrea Dinsmore.  I had only read about her and her husband, Jerry, and their home they had named Dinsmore’s Hiker Haven.  I knew that Andrea and Jerry were the last trail angels on the PCT before crossing into Canada 180 miles away, and that they had opened their home to the many weary and bone-tired hikers who had made it this far in their quest for the Canadian border
.
Having finished my meal, I waited outside the café for Andrea; it was cool, so I pulled my North Face jacket out of my pack and put it on, but it was still cool.  While I waited, I wandered up and down Main Street, peering into vacant homes and business establishments that had been boarded up.  The hotel I passed coming into town had scaffolding two stories high around two sides of the building.

The building itself was constructed of wood, which meant lots of restoration work on the eaves, soffits, window trim and door-frames, not to mention the wooden siding itself.  In my mind, I found it hard to justify the expense of the renovation project, but it wasn’t my money and I didn’t have the vision for the building that the owner had.  I reckon people could say the same about the rusted project cars that I was willing to spend time and money on, simply because I could see the potential these vintage relics had.

Periodically a car would turn the corner next to the hotel and drive up the street; I eyeballed the driver, especially if the driver were a female to see if she fits the image of what I thought Andrea Dinsmore might look like.  After thirty minutes, an SUV turned the corner and pulled up in front of the café, and without any introduction, I knew that Andrea had arrived.

She was small, but not petite; she was stocky, but not matronly.  She couldn’t see over the top of the car door window frame, so I would say she was short.  In stocking feet, she might be all of five-two.  Most people smile, but Andrea grinned; no, she beamed like a mother welcoming her child home from college or from a military deployment.  Instantly, you know you like her.  Her face was more round than oval, and was framed by her brownish-blond hair that she wore shoulder length with bangs that almost touched her eyebrows.  There was only a trace of wrinkles around her eyes and the corners of her mouth, not as the result of hard living, but from grinning so much.  Her teeth were white, with a small gap between the two front teeth, and besides her sparkling eyes, when she smiled, they were the most prominent feature of her face. Her countenance was fresh and enduring; as a stranger, I knew I had come home and would be well taken care of.

On the short drive to her home across the railroad tracks in the forested town of Baring, I learned that she had joined the navy just out of high school, was a former long-haul truck driver, and she and her husband, Jerry, who was a diesel mechanic by trade, had been watching over PCT hikers since 2003.  The license plate on Andrea’s vehicle reads PCT Mom, while Jerry’s said PCT Dad.

It was Andrea who would alert Skykomish search and rescue personnel when a hiker was presumed lost or stranded, and who most often had to deal with frantic parents who called asking about the status of their overdue hiker.  Unlike other trail angels farther down the trail, her concern for hikers took on a more heightened urgency, as her place of refuge was at the northern end of the trail, only 180 miles from the Canadian border.  By the time hikers reached her place in mid-September to mid-October, often winter snows in the North Cascades had started to fall, sometimes shutting down the trail, leaving hikers stranded and in need of help. And it was Andrea who summoned that help.

Their home was set back from the main highway, somewhat isolated in the tall trees, and was a perfect setting for housing a group of noisy hikers that on any given night in September, when the hiking herd was approaching Canada, could number a dozen or more.

When Jerry and Andrea bought the home and property, it came with a four-bay garage. Jerry used two bays for working on vehicles, which included keeping the town’s school bus running, one bay for storing hiker resupply packages and auto parts, and the last bay served as a dormitory for visiting hikers. 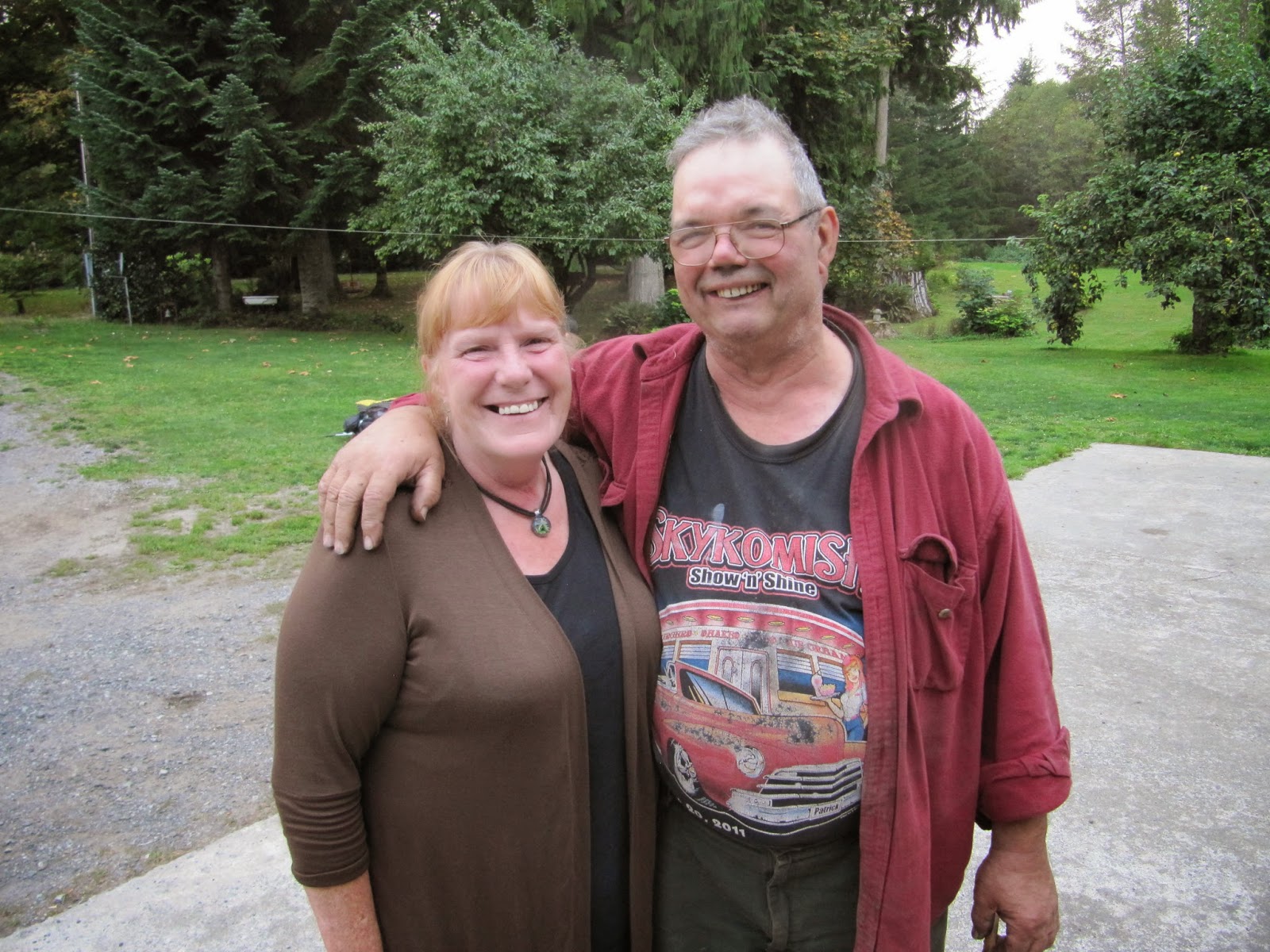 Last of the trail angels before Canada: Jerry and Andrea Dinsmore. 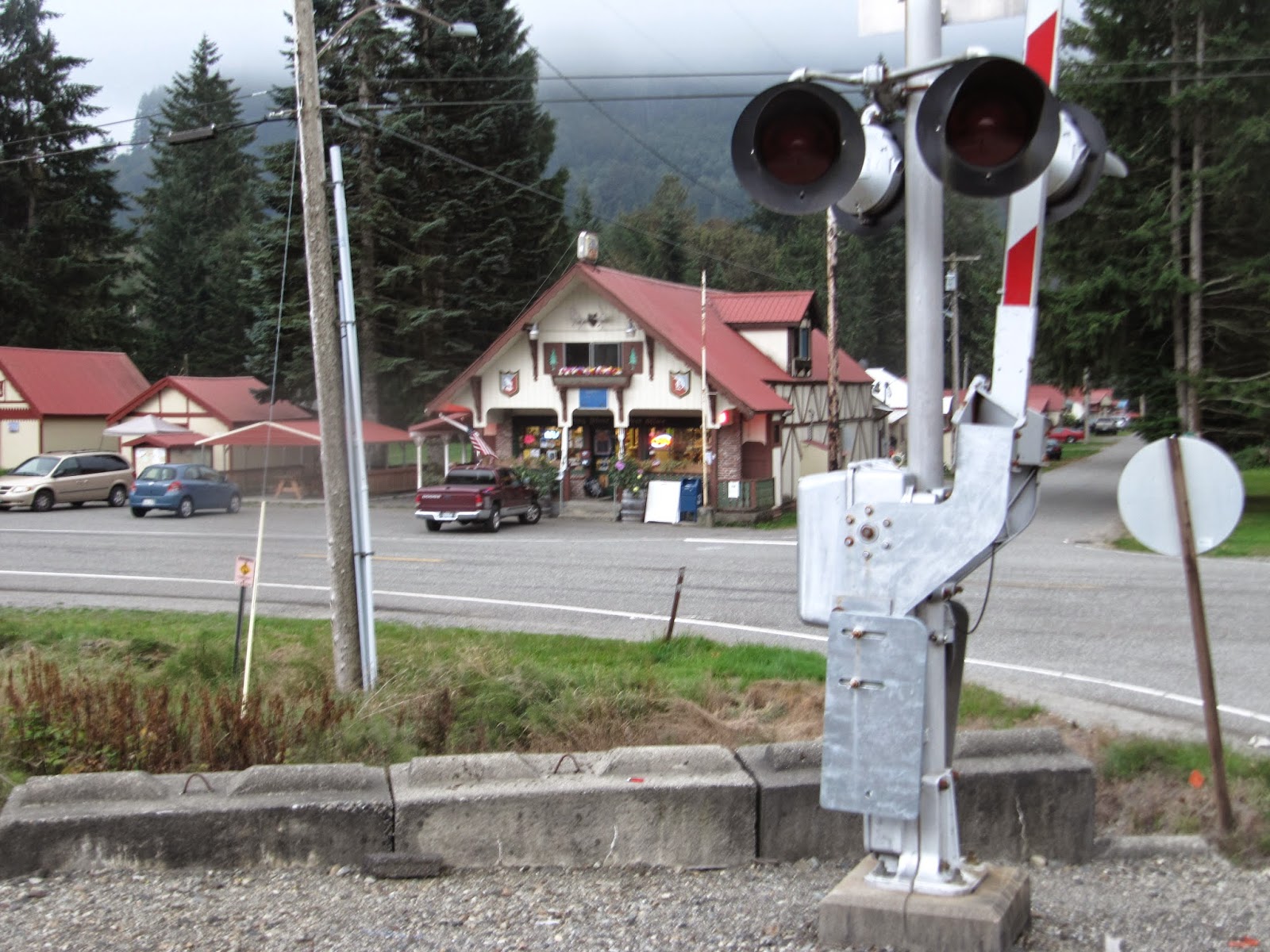 Der Barring Cafe, the gathering place for the community and hungry hikers. 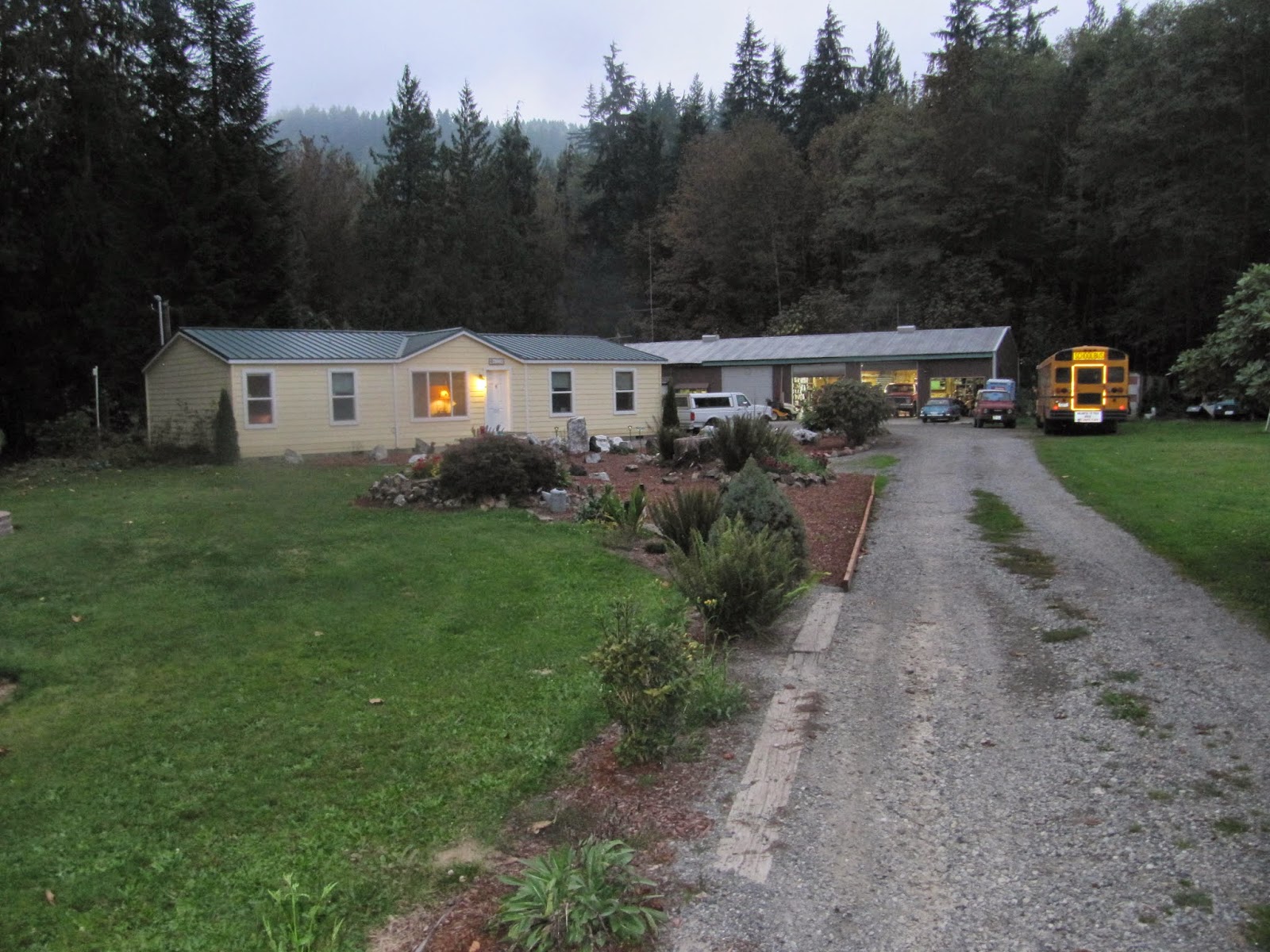 Dinsmore's compound. It will be a sad day when these these folks are no longer able to host PCT hikers. 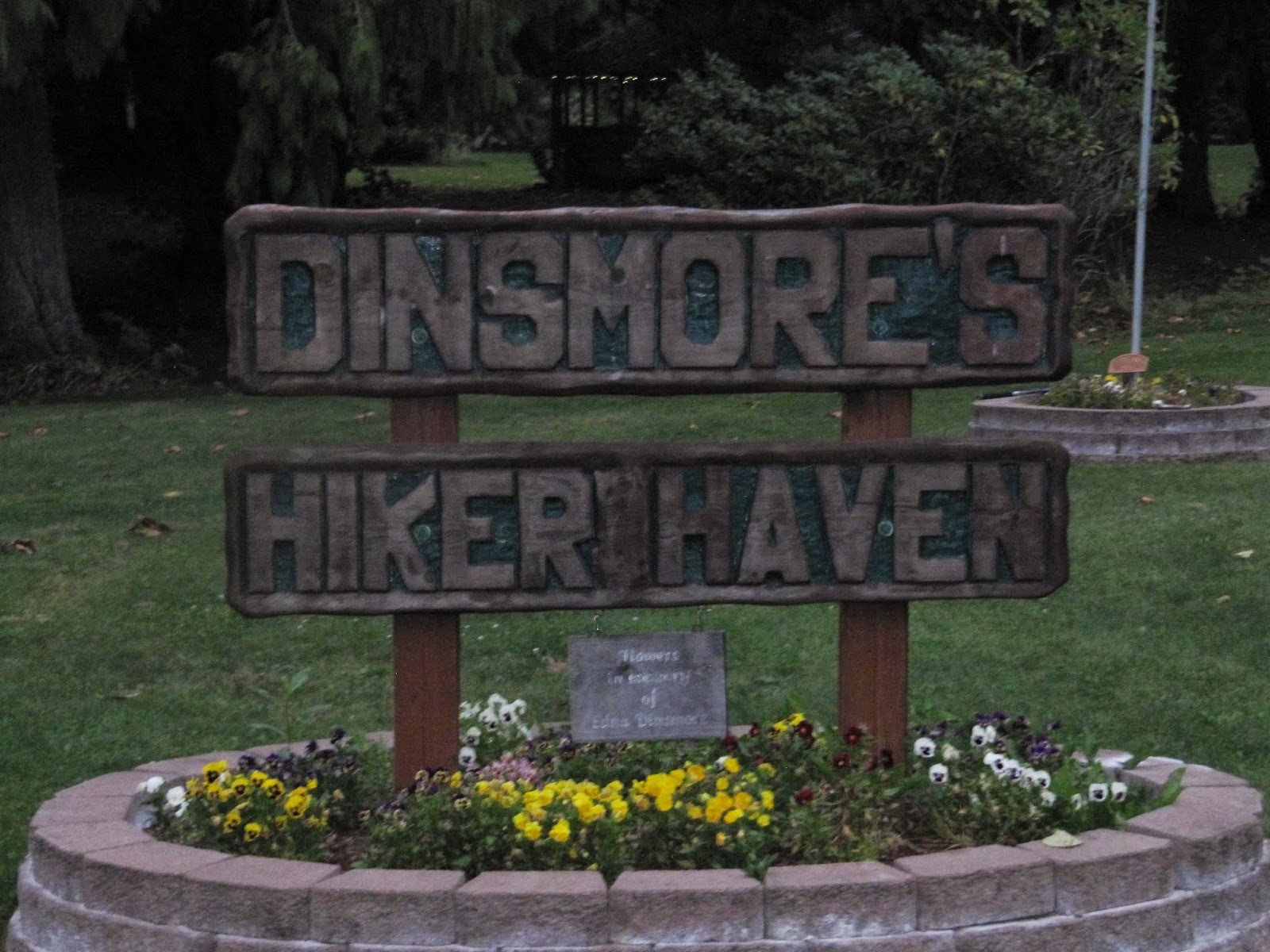 The welcoming sign in front of Jerry's and Andrea's home.