It was a dreary, dismal morning as I poked my head out of the tent, to see what the day was going to bring.  The rain was light, but it was also starting to turn to snow as I made preparations to pack up my camp.  I slept in all my clothes again last night, including my rain suit, but it was still a cold night.  My tent was wet, but I rolled it tight so that it would slide easily into its stuff sack.  Rain trickled down the back of my neck as I hoisted my heavy pack to my shoulders and made the proper adjustments with the straps.

After all these months on the trail, and the many miles that have been covered, the pack was still heavy when I lifted it up to sling it across my back, but once on my back, the weight was marginal.  It felt comfortable; in fact, without the pack on my back, I couldn’t walk a straight line – I was off balance.

Up the trail, in the early morning hours with light snow falling, I started the day’s climb up to Cutthroat Pass.  Within twenty minutes of climbing, I saw the orange tent of the family with the little girl, a few yards off the trail.  The father was up, standing outside the tent preparing breakfast.  I left the trail and walked over to where he was standing.  I wanted to ask him how his small daughter did with the trail yesterday.

He replied that she did fine, that this was her third hike, and she truly enjoyed being in the wilderness.  Seeing that there was movement in the tent, I asked if I might take a picture of the family.  He agreed and poked his head in the tent and invited mom and daughter to come outside. Mom was dressed, but the five-year-old, whose name was Sophie, is still wrestling with her shoes.
Outside the tent, the three stood in a row, mom and dad on each side of three-foot Sophie, who was understandably shy.  I took several pictures with my Canon and then asked Sophie if I might take just a picture of her; she agreed, as did her parents.  I zoomed in and snapped several photos, but because the viewfinder was foggy, I was not really sure about the composition or quality of the pictures I had taken.  I took my leave of the family, and returned to the trail.  Later, when I had time to review my photos, I saw that in the first photo of Sophie, she was just standing there as a normal child would, but in the second photo, without any coaching from her parents, she had pulled the funniest face that absolutely cracked me up.  It was a choice photo of a very small child in the wild wilderness of the North Cascade Mountains.

As I climb higher the snow intensified until finally I was standing on the top of barren, windswept Cutthroat Pass.  Off to my right, the mountain fell away into a large valley in which flowed the Cutthroat Creek; to my left, I could see that the trail traversed across the steep, steep slope of the mountain until it disappeared over Granite Pass.  Cutthroat Pass was covered with a few inches of snow, and more was falling.  I was concerned as to whether I should proceed on or find a place to camp and wait out the storm
.
At this point, the snow was not heavy; the trail was easy to find, and normally I wouldn’t be concerned, but I was alone in the high mountains and to be honest – a bit apprehensive.  I decided to wait out the storm, but there were no flat places on which to pitch a tent.  After a quarter mile of walking, at the bottom of a long scree slope, I saw what appeared to be flat rocks. I decided to set up camp there.  It was not easy walking down the slope, and I knew I was going to curse myself when I had to walk back up, but at the moment, it seemed the expedient thing to do.  Upon reaching the bottom of the scree, I found that the flat rocks were not all that flat, but I made the decision to be here, and I would have to make it do.

Just as I was setting my tent out, high on the trail above me, I saw Lucky Man and Yashinka hoofing it up the trail.  Through the snow, we waved at one another, and I was thoroughly chagrinned at being so wimpy for wanting to seek shelter in such a relatively light snowstorm.  By the time I got back on the trail, the two of them were almost out of sight as they hiked over Granite Pass.  These two, whose brief companionship I had enjoyed and with whom I had walked with for thousands of miles, I would never see again.  The reality of ending the trip and having all acquaintances and friendships scattered to the four winds was gripping.

The trail on this side of the mountain and beyond Granite Pass traversed across exceptionally steep mountainsides.  It was in this area that many hikers who continued their attempt to keep pushing north, were eventually turned back by the deep snow after the massive snowstorm on September 27 shut down the trail.

After climbing over Granite Pass and following the trail as it made its long traverse across the mountain, I hiked over Methow Pass and proceed towards Glacier Pass, where I would spend the night.

As I hiked, I fantasize about having a bakery like the Stehekin Pastry Company bakery. On the ocean voyage, I thought often about having my own bakery, devoted to making cookies, and now, I found myself doing the same thing here on the trail.  For whatever reason, I have a fascination with pies and baked goods; maybe it’s a trait passed down through many generations of European ancestry.  What was unique about the Stehekin Bakery was that it was a seasonal bakery far from the crossroads of town life.  When the vacation season was over with and the tourists had stopped coming, the bakery shut down – but what a captive audience they had during the tourist season.

I fantasized about establishing a bakery and pie store in the desert, up the Colorado River from Moab, Utah.  It, too, would be a seasonal bakery catering to mountain bikers and boaters, and like Stehekin, during the tourist season, the bakery would have a captive audience. 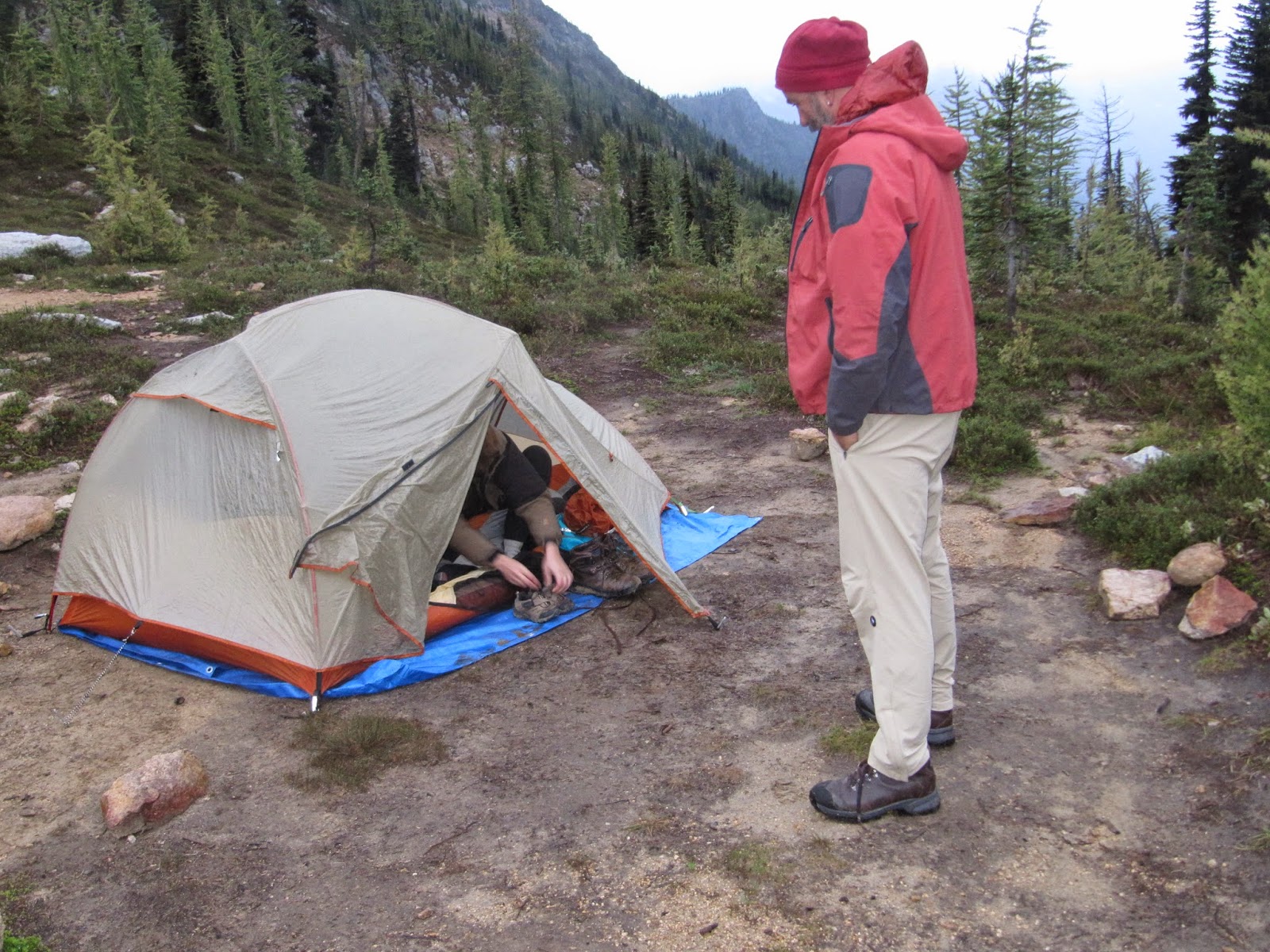 After leaving my campsite this morning, I encountered the family which had passed last evening with the non-stop talking young girl. 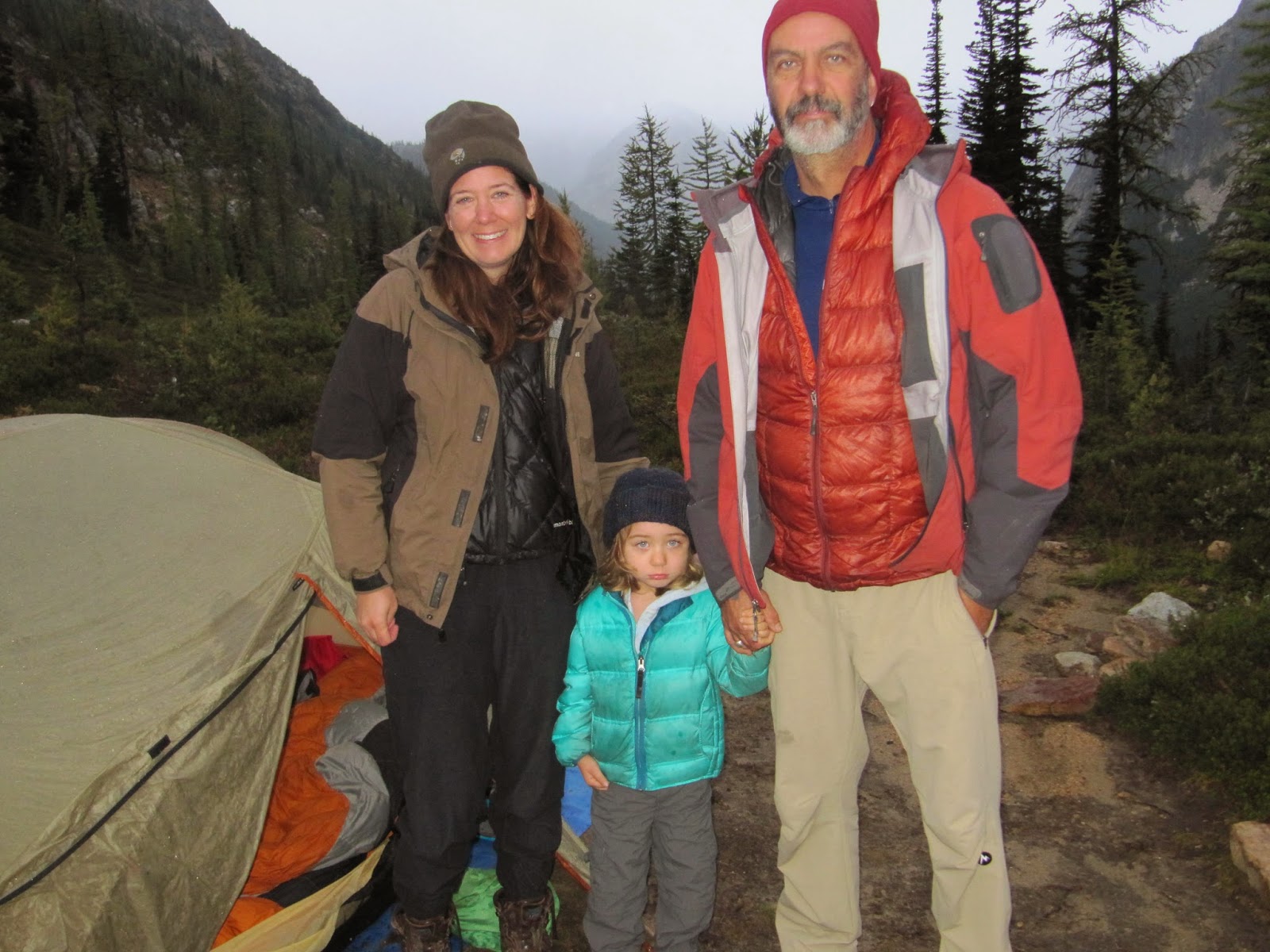 Mother and daughter were still in the tent when I arrived, but they agreed to come out to meet me and have their picture taken. 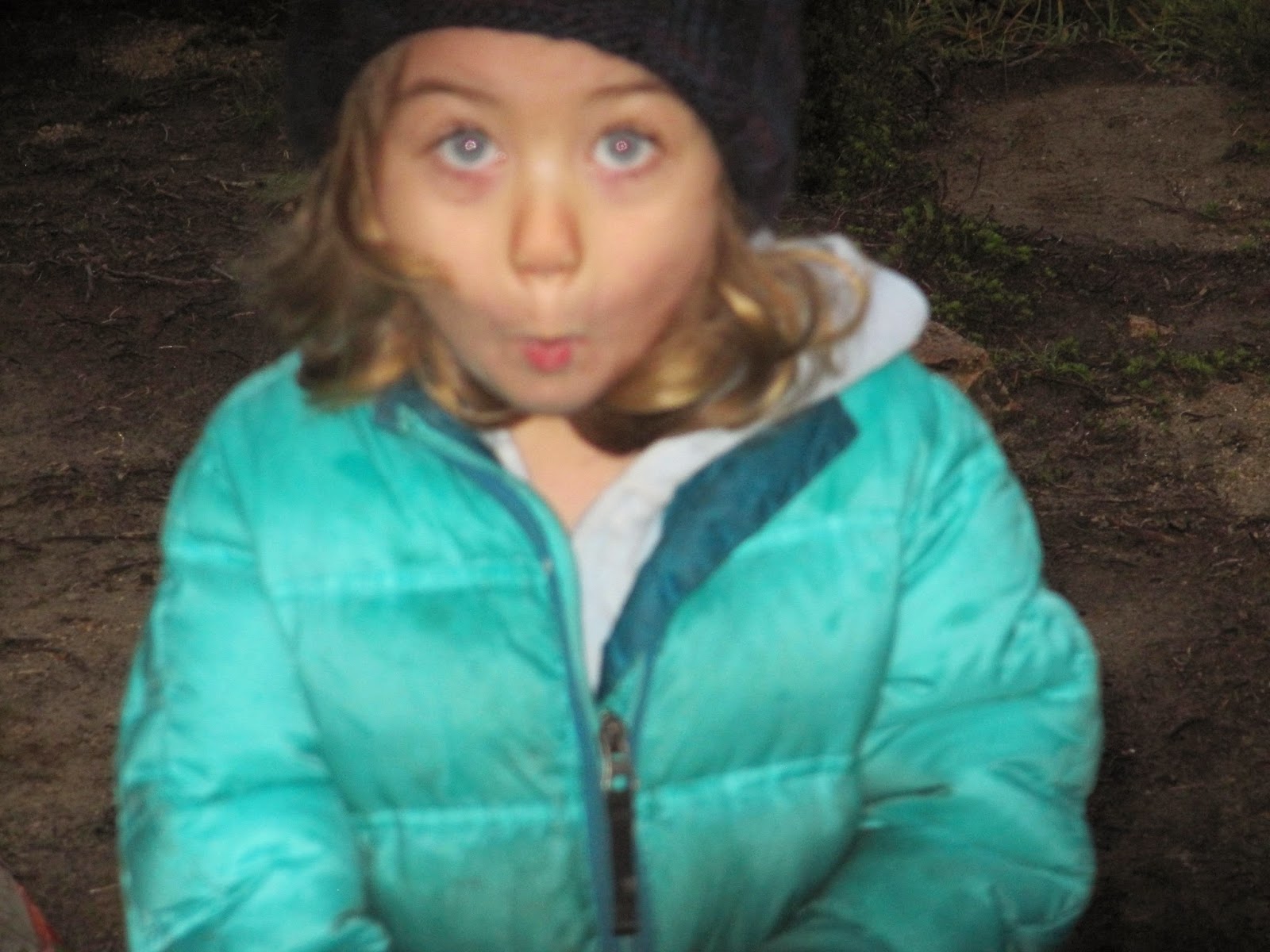 The five year old girl's name was Sophie, and when I checked my camera pictures later, I see that this is the face she gave me when I asked if I could take her picture by herself. Love the photo.
Posted by Richard Jones at Thursday, September 19, 2013