It was rumored that the proprietor of the Red Moose Inn would be serving a pancake breakfast at eight this morning, but I couldn’t wait that long.  By 5:30 a.m., I was up and ready to hit the trail. As I passed by the front porch of the Inn, I spotted Pia sitting on a bench reading.  She’s a sweet girl and always wears a hat which hides her shoulder-length hair.
I stepped out onto the road (Highway 49 that runs through town), and a hundred feet from the store I greeted an older gentleman who was walking down the street.  I told him it was a beautiful morning and he should get his backpack and go walking with me.  He stopped to chat with me and agreed that it was, indeed, a beautiful morning.

As a side note, sometime later in the day, high up in the mountains, I crossed a dirt Forest Service road as I was walking around the base of a ridge.  On the road, I noticed an older model white Ford Econoline van that had been parked, and the sliding side door was open.

Sitting in the doorway in an aluminum lawn chair was a man just taking in the views of the gorgeous scenery spread out before him.  I stopped in front of the van door, and greeted the man.  It was then that I recognized him as the same man I had greeted on the street this morning in Sierra City.  He recognized me also.  As we chatted, he informed me that he spent many years working for the Forest Service in this area, and was now retired.  He said he spent his summers in Sierra City and his winters in Mexico.  I told him I was glad to see him again.

I walked the mile and a half back to where the PCT crossed the highway and commenced climbing up the backbone of the mountain.  It was a strenuous climb with no less than twenty-two switchbacks.  At the top, the trail passed beneath the towering pinnacles of Sierra Buttes, and from my vantage point I could see the Forest Service fire lookout station atop the highest of the peaks.  This lookout station was a favorite hike for day visitors, as a four-wheel Jeep trail terminated at the base of the cliffs, then from the Jeep road a trail lead visitors to the steel stairs and handrails that connected with the cinder block lookout station.

The Lake of Gold and the Hoax of the Century

There were numerous lakes and backcountry roads in this North Sierra country, all of which have been thoroughly searched, with a "fine-tooth comb" for its wealth and hidden treasures by gold miners during the latter half of the nineteenth century.  From the Sierra Buttes fire lookout station, Sardine Lake was visible to the north, and beyond that the fabled body of water named Gold Lake.

Gold Lake acquired its name as a result of one of the most interesting hoaxes of the California gold rush days.  Since the days of Jason and his Argonauts who went searching for the Golden Fleece of the Phryxus ram, miners and soldiers alike have scoured the Americas in their search for the mysterious Seven Cities of Gold (Cibola) or the fabled place of massive wealth known as El Dorado.

“In 1849 vague rumors of a lake with banks strewn with gold spread through the mining camps.  In the early summer of 1850, an English miner named J.R. Stoddard appeared in Nevada City (about twenty miles west of Sierra City on Highway 49) with a poke of nuggets and a dramatic tale.  While on a hunting trip, he said, he had stumbled on the fabled lake of gold, and was astounded by its abundance of riches.  As he scooped up handfuls of nuggets, he was suddenly attacked by Indians, and was wounded in the leg by an arrow while escaping.

He offered – for a price – to lead an expedition back to the lake; dozens of gold-hungry prospectors responded and paid the fee.  When the party left Nevada City, a throng of perhaps a thousand other men followed along.

For days the horde vainly trampled the mountains.  Stoddard became increasingly vague about his bearings, until at last the miners rebelled and gave him an ultimatum:  He had twenty-four hours to find the lake or he would be strung from the nearest tree.

That night the wily Stoddard stole out of camp and disappeared.  In the morning the miners, thoroughly chagrined, headed back to their old claims or sought new ones in the Gold Lake country.” (Gray)

Today is my birthday – July 9.  I’m seventy years old, and can’t help but wonder where the time has gone.  In my mind, I just graduated from high school and started my family a few years ago, and now I’m considered a senior.  Would I have it any other way; probably not, I’ve gained too much knowledge through experience that I’m not willing to part with.

There was no one around, so I sang "Happy Birthday" to myself, several times.  I was born during the height of World War II, and the song that was popular on the day of my birth, July 9, 1943, was “Coming in on a Wing and a Prayer.”  I’ve always loved this song, and enjoy going to YouTube to listen to various renditions of it by vocalists who sang it during those dark days of the war.

Here are the words to the song:

What a show? What a fight?
Boys, we really hit our target for tonight

How we sing as we limp through the air
Look below, there’s our field over there
With our one motor gone, we can still carry on
Comin’ in on a wing and a prayer 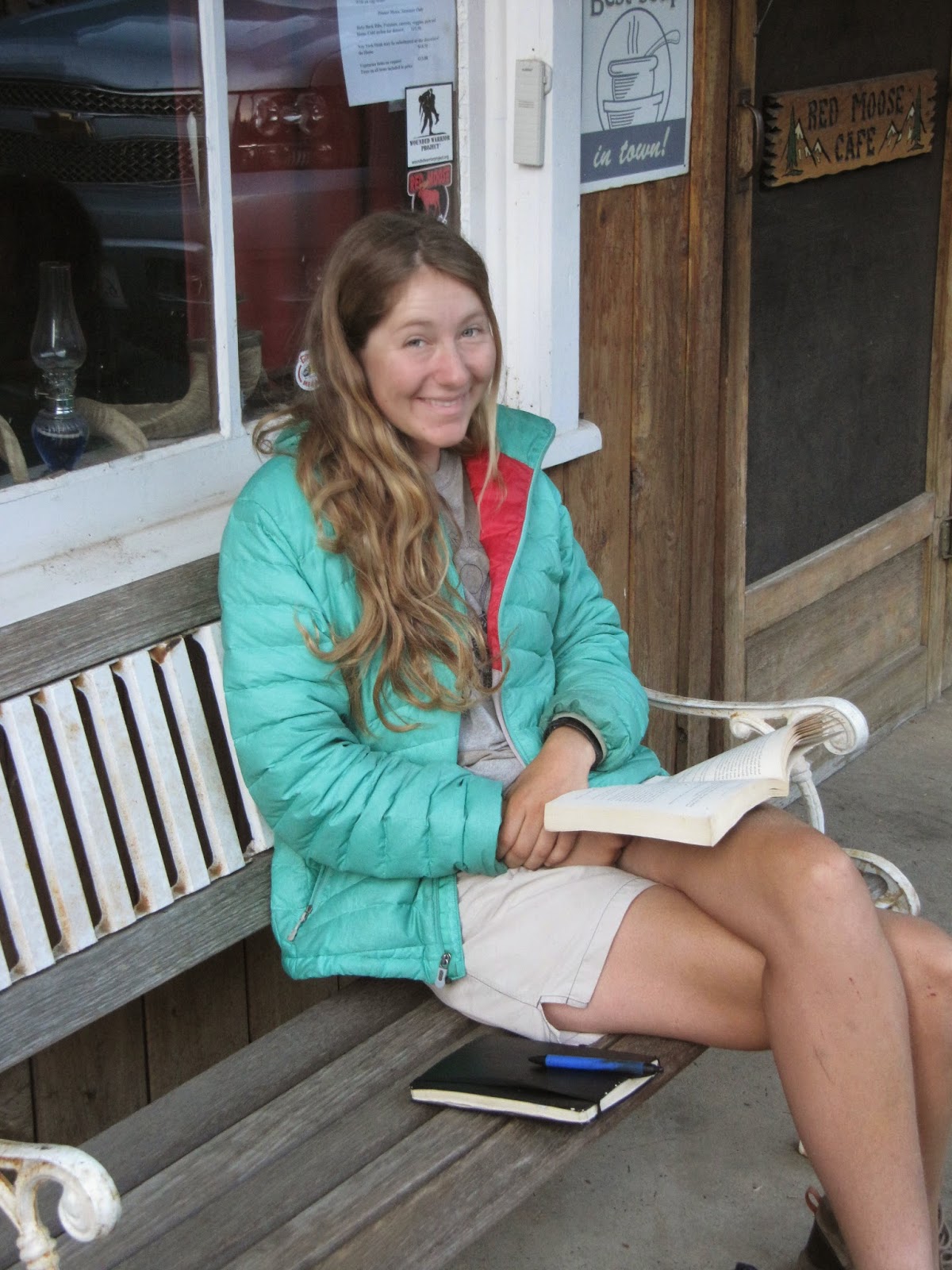 As I was leaving the Red Moose Inn early in the morning, I found Pia sitting on the bench in front of the building reading. 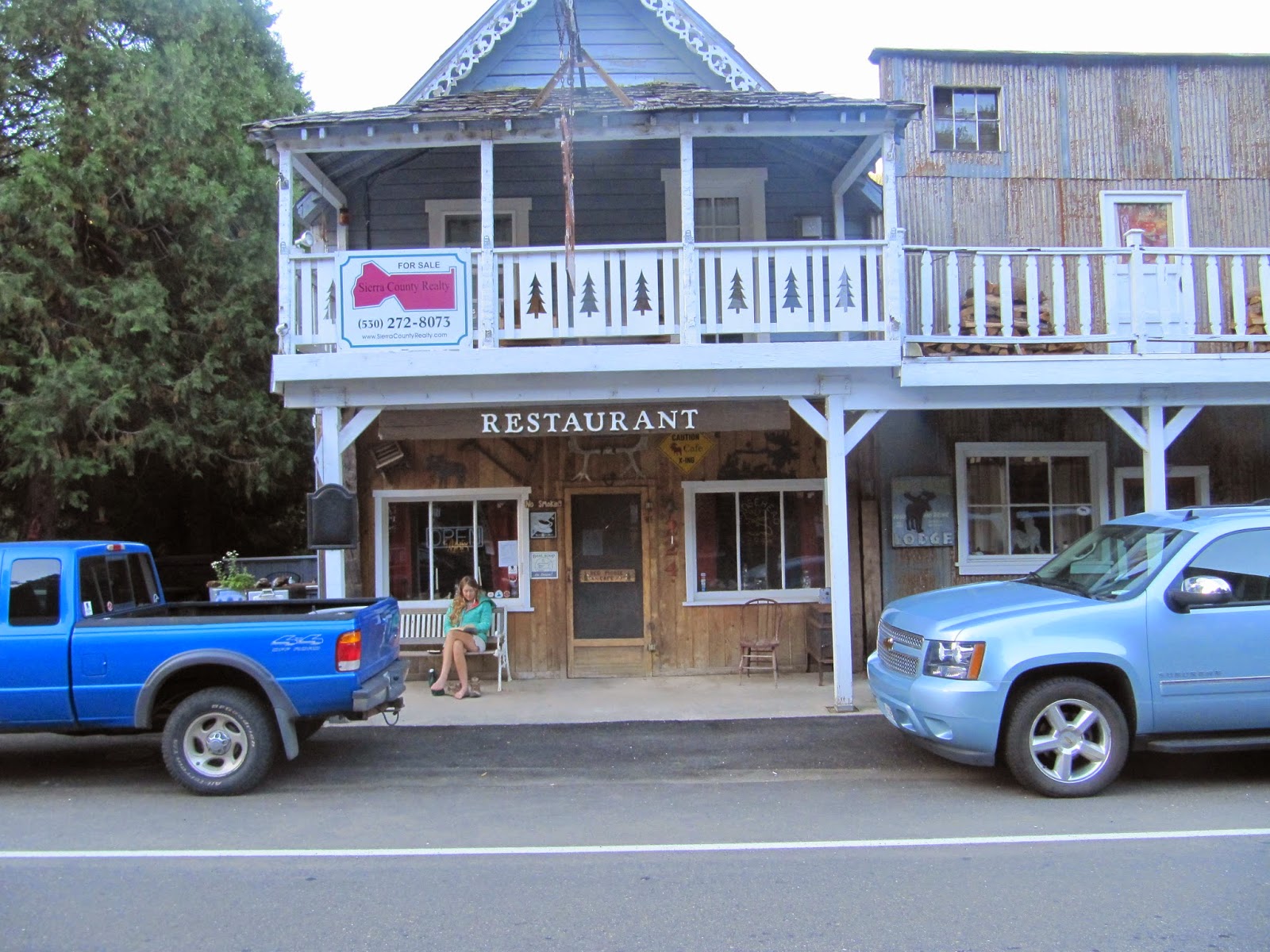 The Red Moose Inn, with Pia gracing the front of the building. 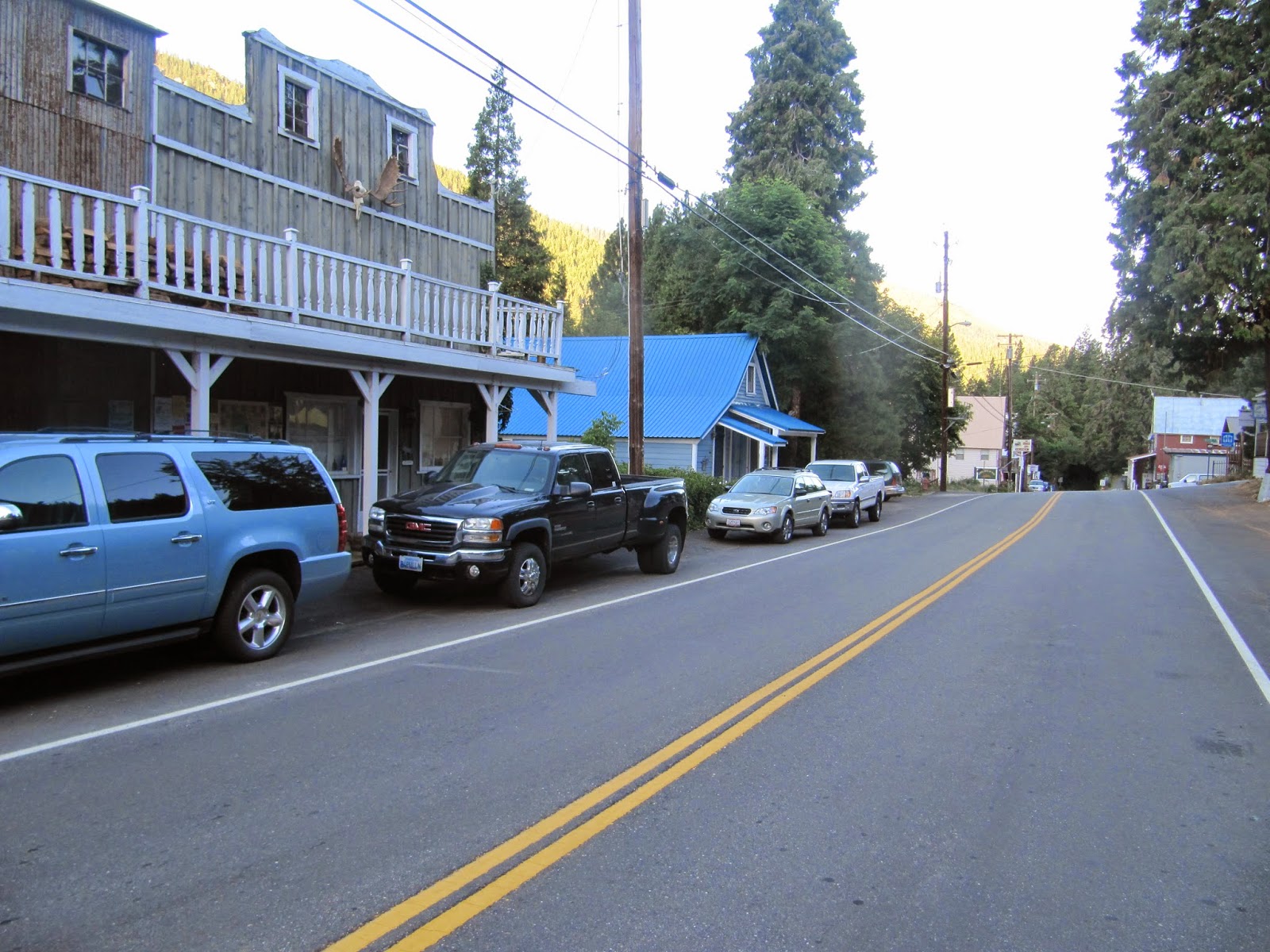 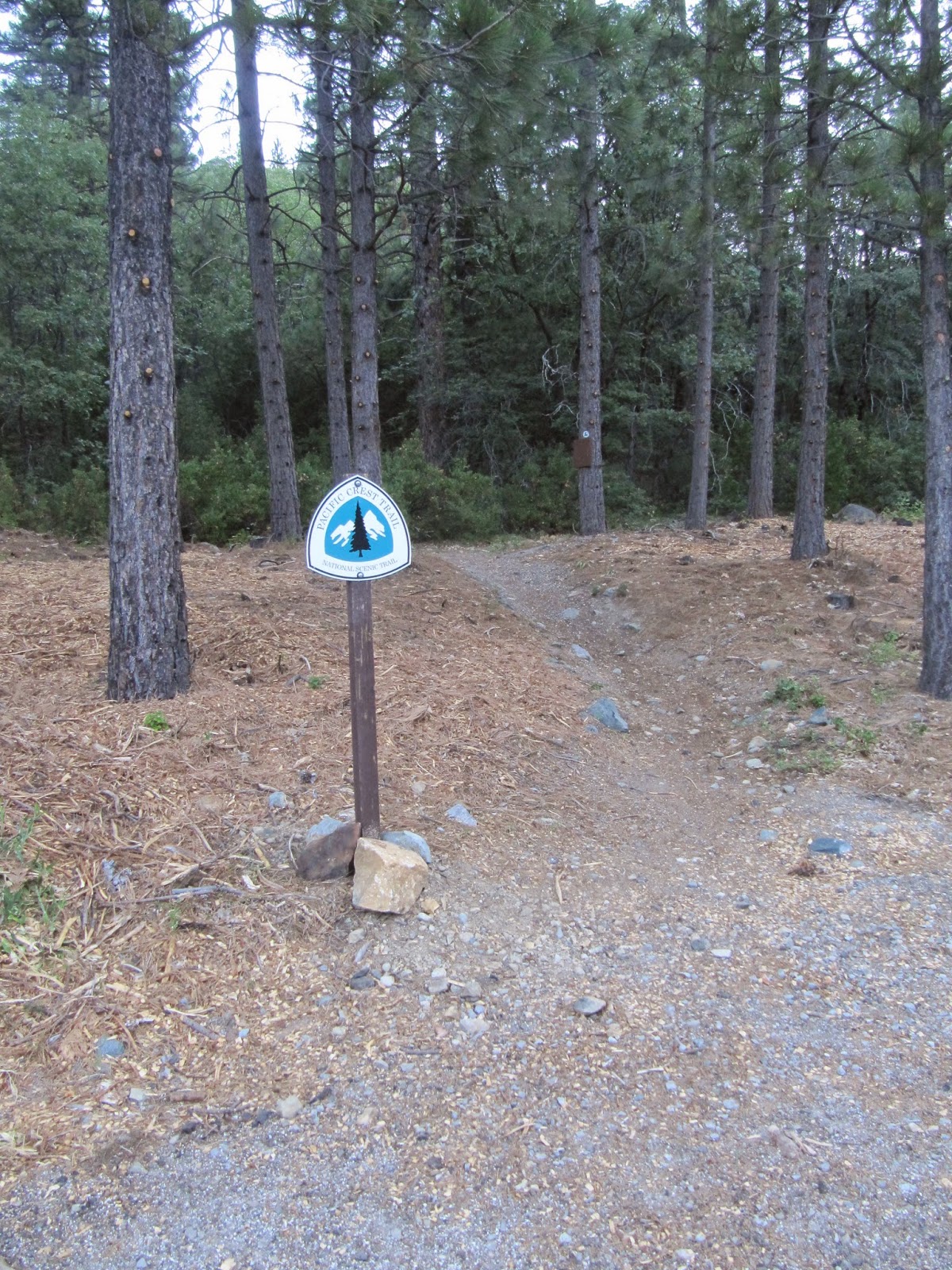 It was a short walk from the center of town back to the trailhead. 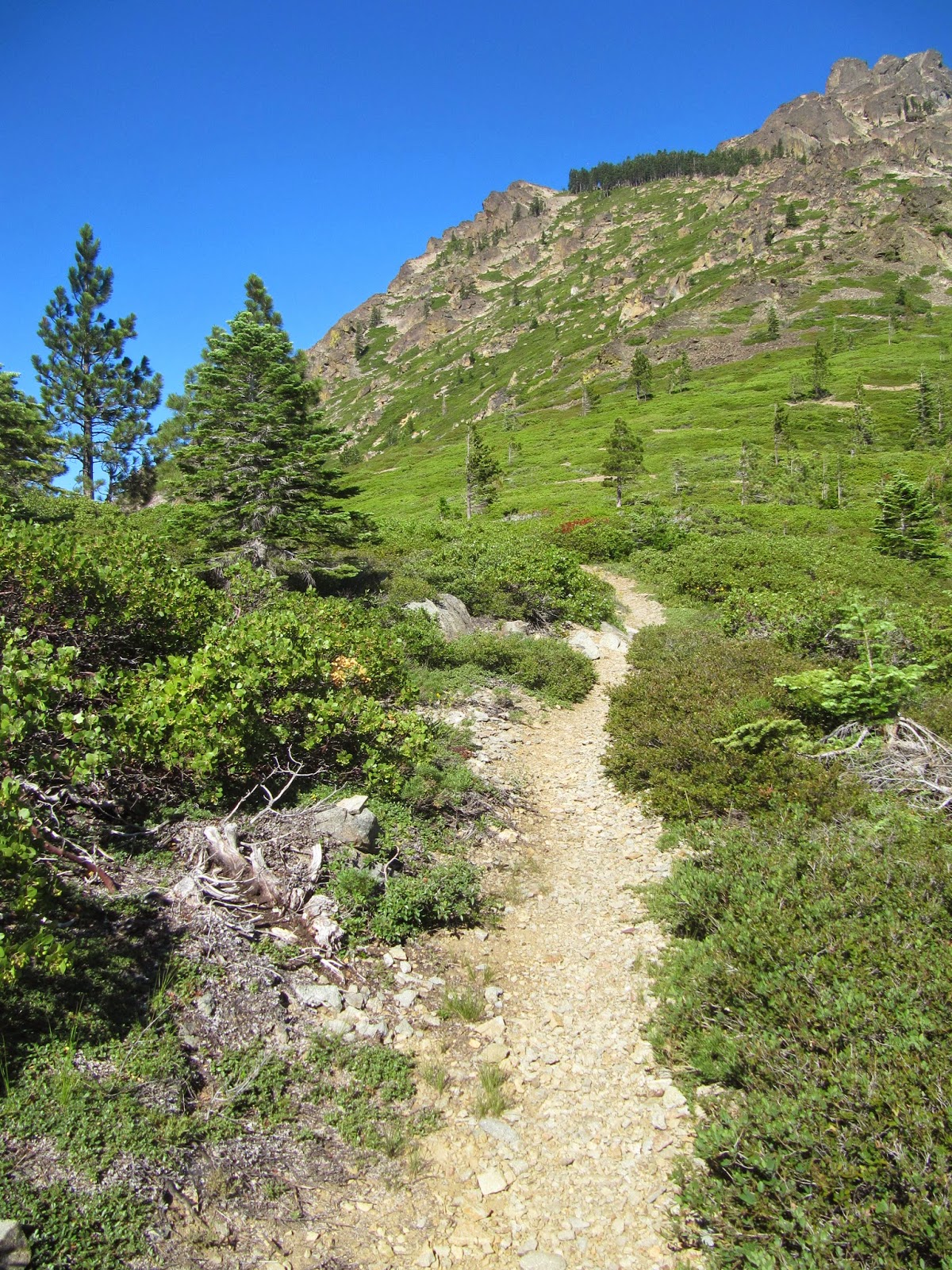 The trail leading back up into the mountains and on to Belden, the next resupply stop.