It was four thirty in the morning, and I was up and ready for the day.  I packed my backpack last night, and I had my cardboard hitchhiking sign ready for this morning that said Castella, please.  By 5:00 a.m. I was on the street, and of course, there was no traffic.  I walked down the road towards a café to which a number of cars were pulling into.  My hope was that I would have better luck there than in front of my motel.

After an hour’s wait, I landed a ride with Brodie whose vehicle was loaded with guitars and other string instruments.  He said he taught guitar, primarily in the San Francisco Bay area, and in his younger years, had been a river guide on the Colorado River.  It’s always a small world.  He let me off at the exit to the Chevron Station/Ammirati’s Market in Castella, and I walked the short distance to the gas station.  I arrived there just as the owner was opening up for the day.

As soon as I was inside the store, I went to the shelving that contained the hikers' packages.  I rummaged through them, but couldn’t find mine.  I made a second pass through the packages, this time using my "woman’s eyes," as my wife likes to call her search for something, and I found it - big relief.

On the other side of the gas station parking lot was a patch of grass and a picnic table.  I walked over to the table to use it for sorting through my resupply box and to repack my backpack.  Forty-five minutes later, I was ready to leave, carrying enough food to see me through to the town of Etna, my next resupply point – one hundred miles and four days away.  At the gas station, I met Veggie, Sundog, Giggles, and Wight, who were also there to pick up their packages. 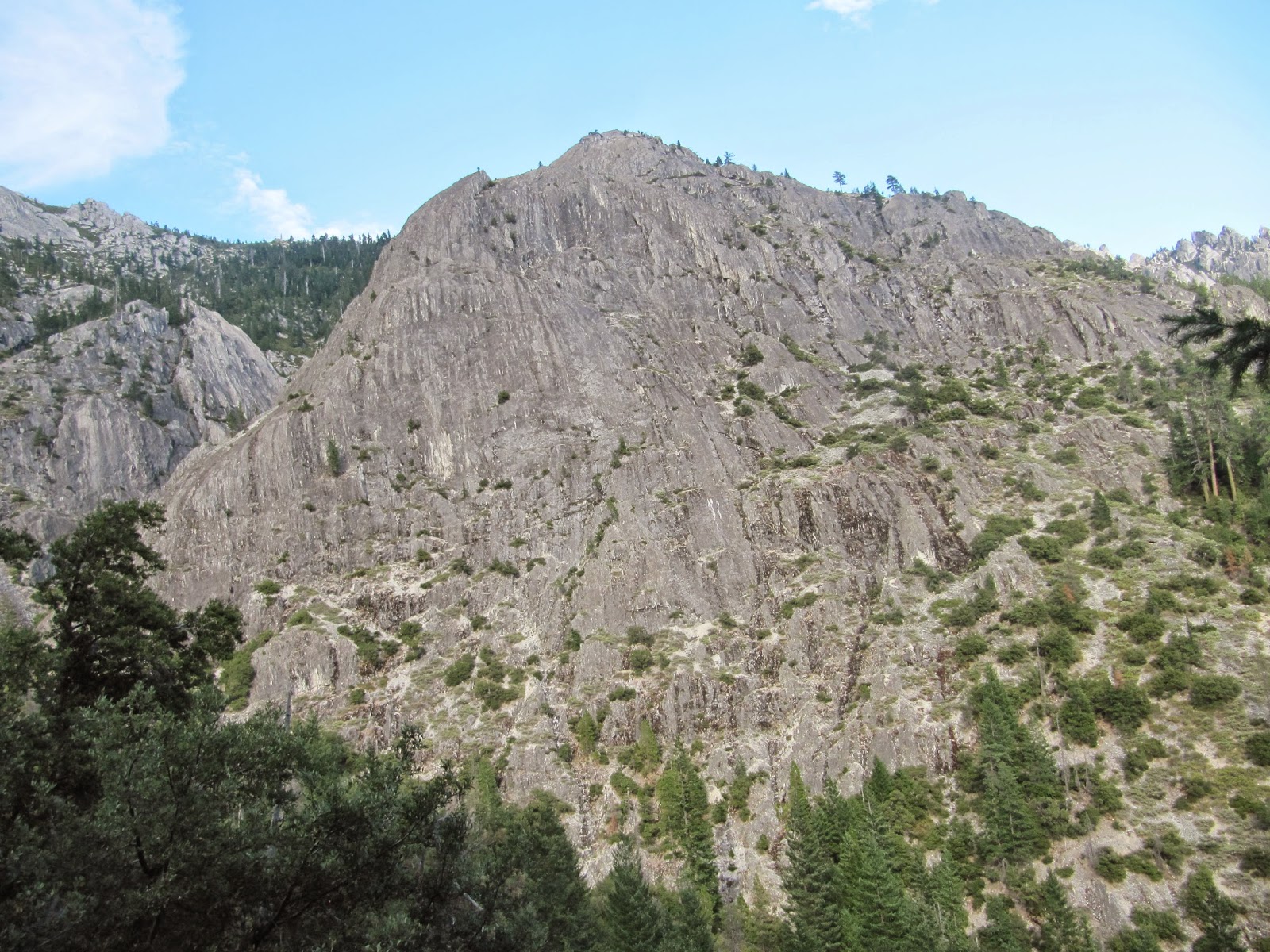 Another image of the Crags. 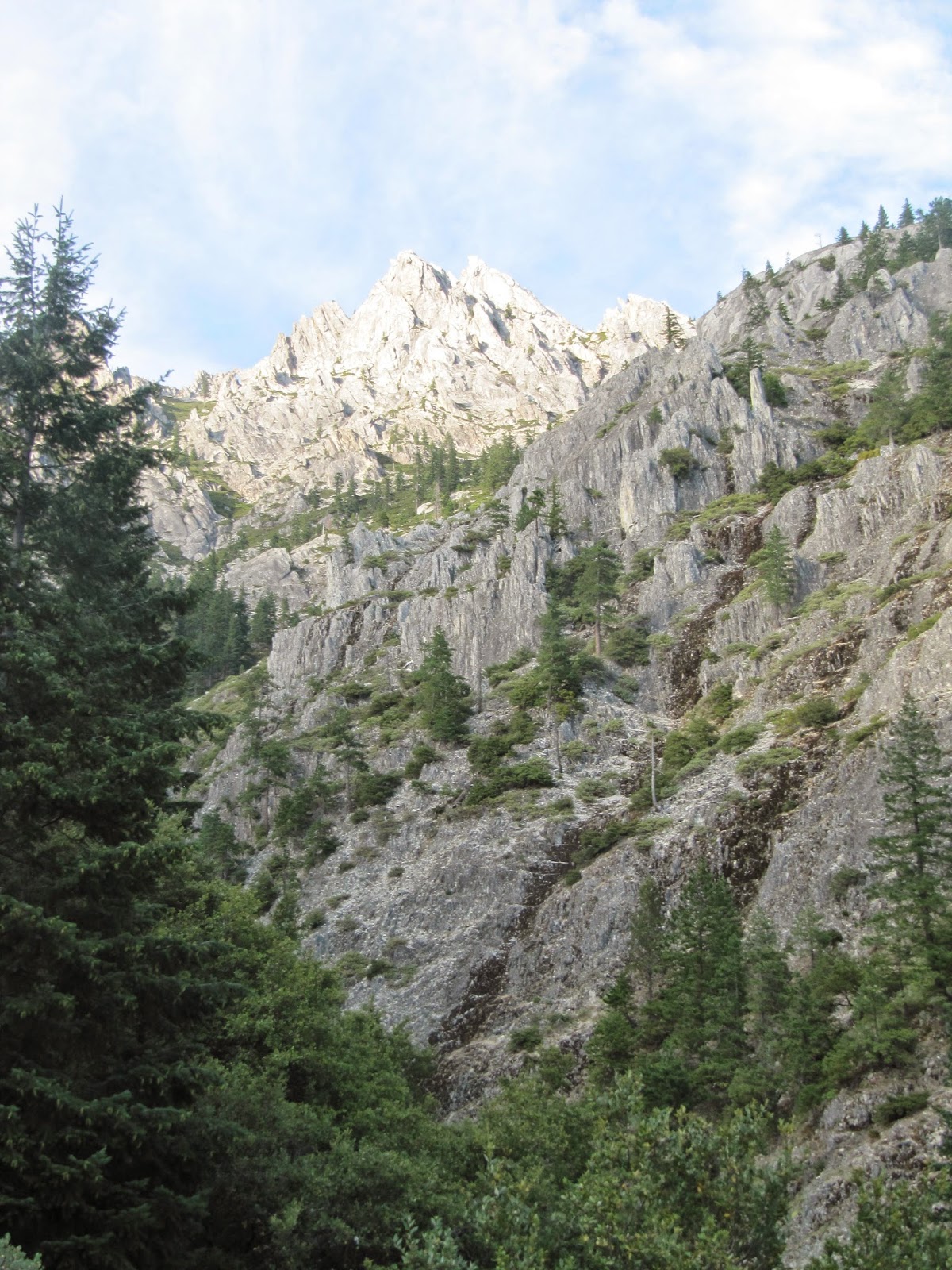 The trail will wind its way to the top of the crags and then over a pass. 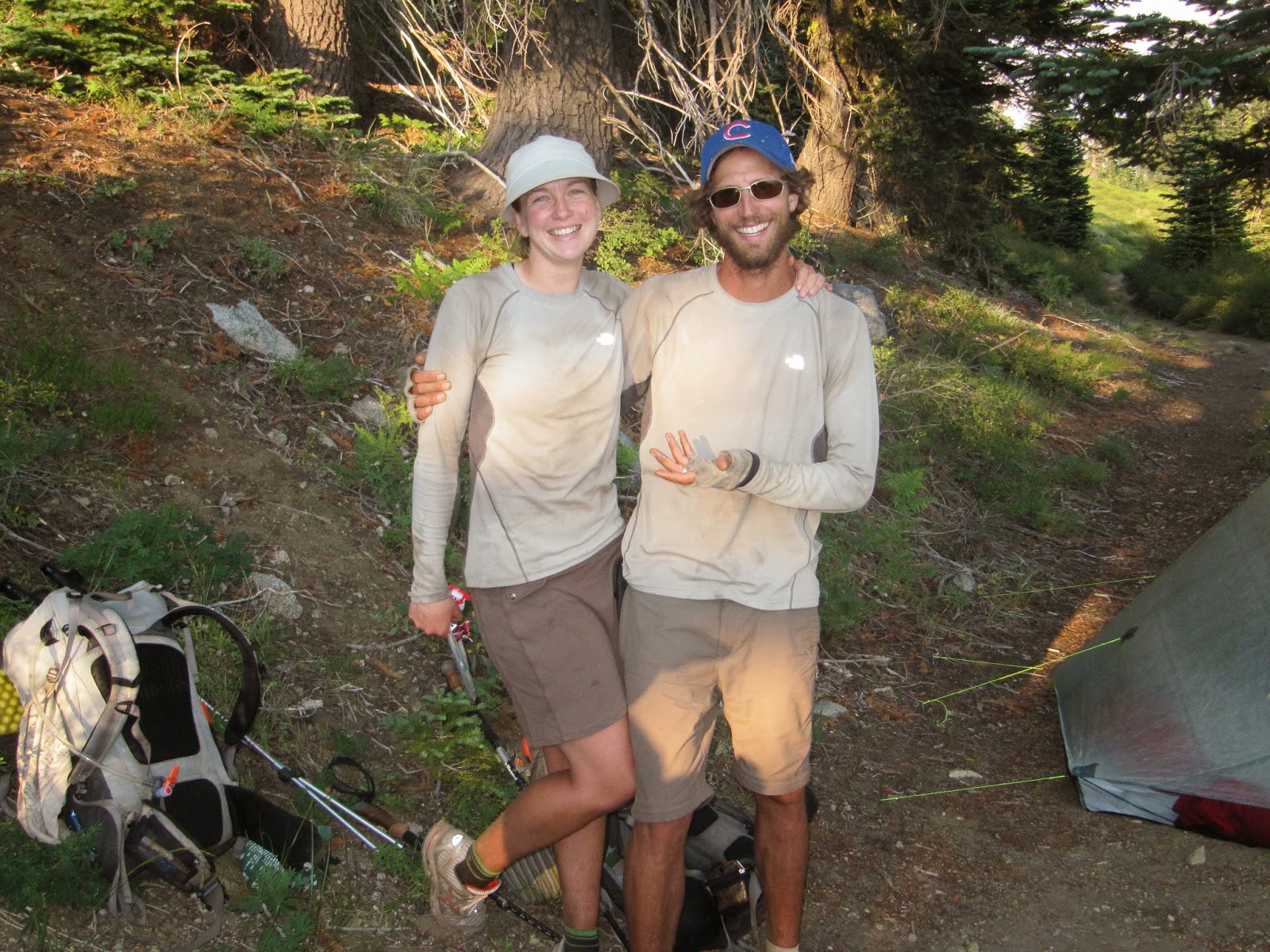 Sundog and Giggles, a couple who had previously hiked the PCT.