The hiker’s name was Denny, and went by the trail name of Swiss Army.  The two of them had been hiking together for several days as a diversion for the stranger, who has taken time off from work to hike with Swiss Army, but who now had to return to work.  Even though it was dark, Swiss Army headed up the trail, said he wanted to get a mile or two away from the trailhead before camping for the night.

When I’m in my tent, I sleep much better, and last night was no exception.  For some reason, when I wrap my down quilt around me, I feel safe and secure, like I’m in a nest or a den.  It was hard to get going this morning, but I was up at five and on the trail shortly thereafter.  It was cloudy this morning and rain showers were expected.  Within a mile, I passed Swiss Army who was curled up in his sleeping bag, inside a bivy sack.  He didn’t get far last night.  A little farther up the trail, I passed Cookie and Runs-with-Elk. I recognize them by their tents.

By midmorning, I had hiked eight miles and had seen no one; I had the trail all to myself. The trail stayed high on the mountains, and only descended when there was a stream or river to cross.  I was not above tree line, but the sides of the mountains I was walking on were relatively bare of heavy growth and I could see the trail stretched out before me as a thin white line that angled across the slopes of mountains several miles in the distance.

As I walked, I played two games – one, to gauge my ability to judge distance; and two, to estimate the amount of time until I arrived at notable feature on the trail.  To judge distance I would guess the number of steps it would take to arrive at a tree or a rock along the path; less than fifty steps, I deemed my guess a success if I came within five steps of the goal, and less than a hundred steps I felt successful if I could come within seven or eight steps.  I did this often if I were walking up a grade, as it kept my mind busy and off the agony of slow walking.

Before noon, Cookie and Runs-with-Elk caught up with me and proceeded to pass me.  They are steady hikers and I decided to try and keep up with them.  The two of them have been hiking together for several days, and as they passed me, they continued their conversation.  Twenty-four-year-old Runs with Elk was doing most of the talking.  She was chatting about cartoon characters and began to mimic their voices; she was hilarious, not only from the sounds she was making, but the fact she was mimicking cartoon characters I had never heard of.

There was definitely a generational gap here, and to show just how wide it is, I threw out the question to both Cookie and Runs-with-Elk, and asked if they knew Roy Rogers’ real name. Runs-with-Elk, who was in the lead, stopped in her tracks, turned around, and with a serious face asked, “Who’s Roy Rogers?”  Cookie and I laughed about that all day long, but it only got worse; I then asked her if she knew who Gene Autry was or Hop-along Cassidy, Buck Rogers, Tom Mix, Dragnet, The Shadow, or The Lone Ranger.  She shook her head – no.  But then she asked if I knew – and she rattled off a list of cartoon characters and other Saturday morning television personalities and book authors, and I shook my head – no.  And then I said, “Touché.”

Roy Rogers’ given name was Leonard Slye, and Gene Autry’s given name was Orvon Grover Autry, the son of a rancher and the grandson of a Methodist preacher.

It was with real effort that I stayed up with Cookie and Runs-with-Elk.  If I engaged in conversation with Cookie, she would slow down a bit so she could listen to my comments, as did Runs-with-Elk, but invariably, I would run out of things to say and they would resume their normal hiking speed, which didn’t coincide with mine, and I would fall behind.  It only got worse if I had to stop and take a whiz, which was often because I drank so much water, then, to catch up with them, which I really wanted to do, I would have to run up the trail, which was extremely stressful for me. 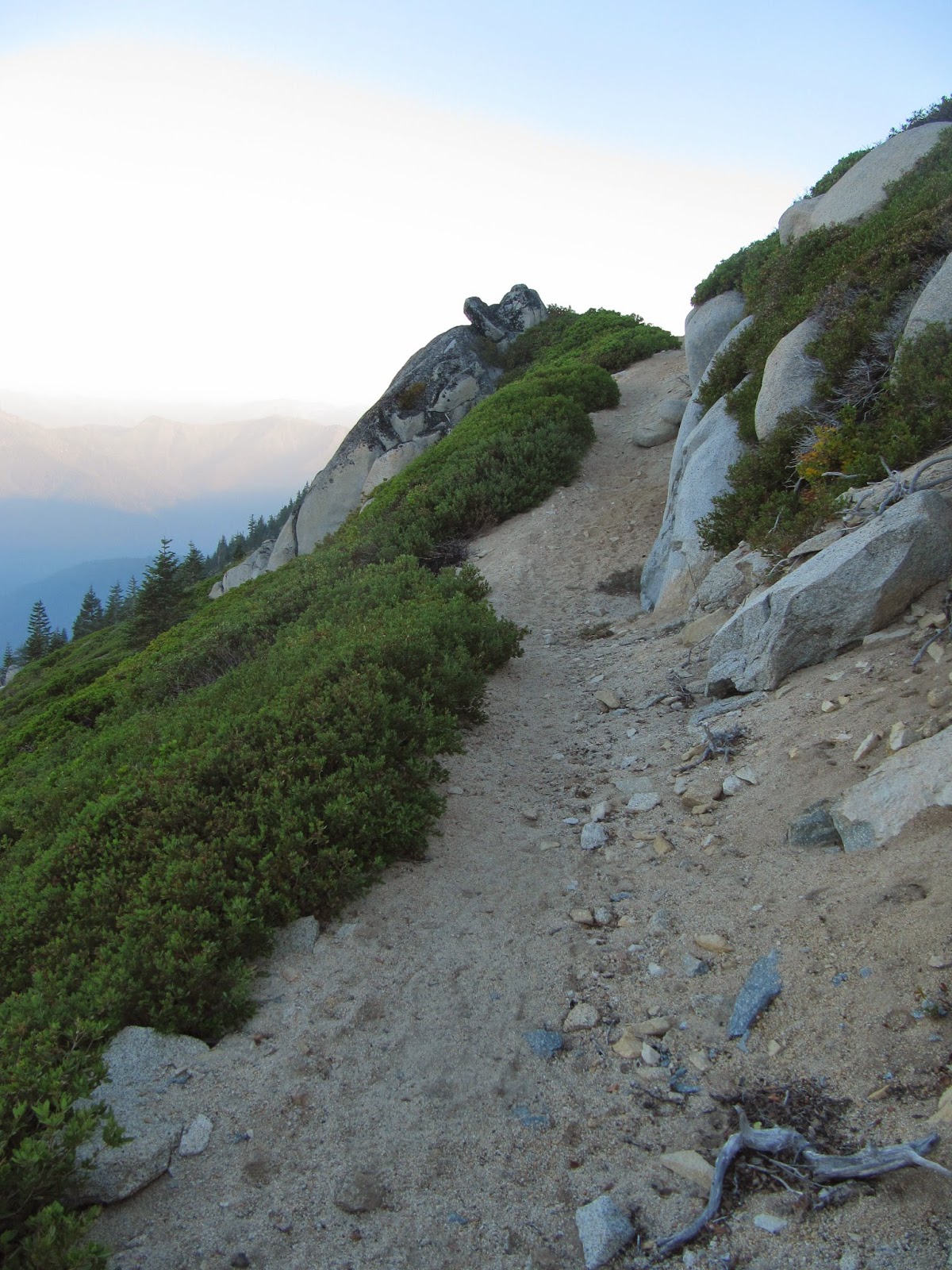 It was a steep climb this morning, but the views from the top were spectacular. 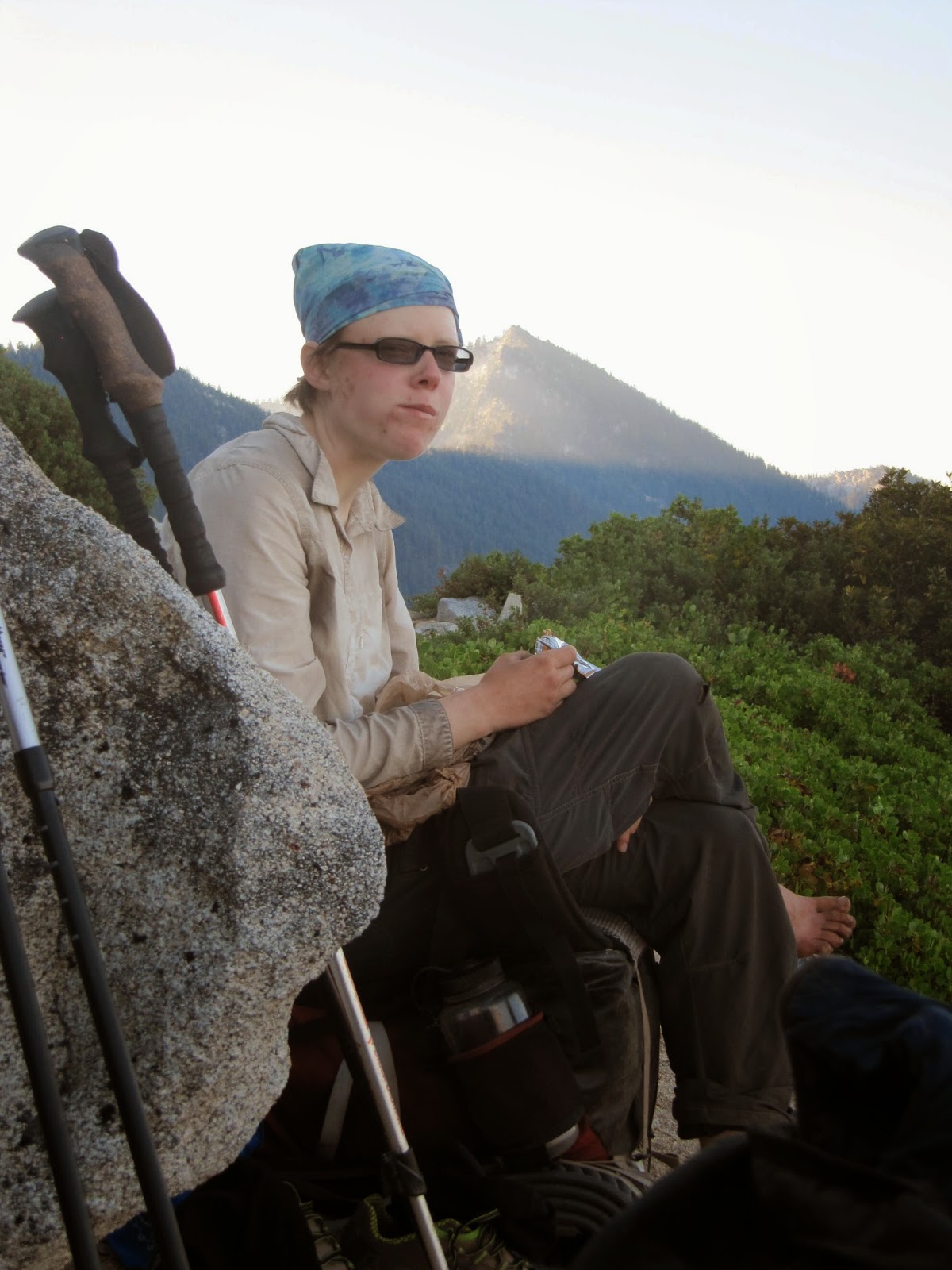 At the top of the climb, I found Run-with-Elk and Cookie having breakfast, so I joined them. 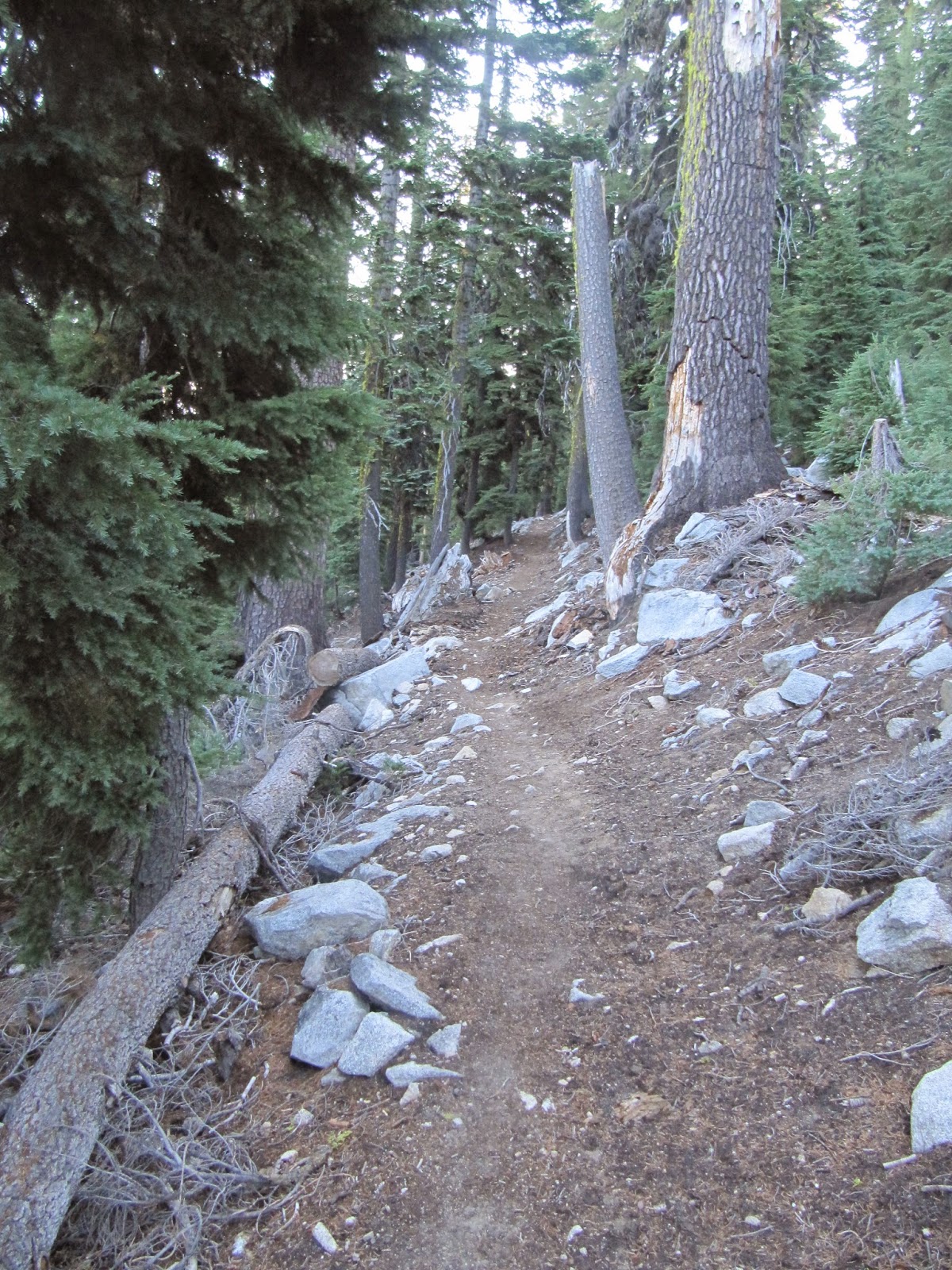 Between Castella and Etna, the trail is well maintained.