I told Jodie and the Cutlers that I wanted to be on the trail no later than seven in the morning, and as the motel provided a continental breakfast, we agreed to meet in the breakfast room at 6:30 a.m.  After breakfast, and while passing through the lobby, we met Atlas who was carrying a two-liter bottle of Coke.  He said he’d just finished the continental breakfast and was now headed to McDonald's for another breakfast.  When asked about the Coke bottle, he said it was to sustain him while on the trail.

I was very glad to have a break from the trail; I needed the rest and it was wonderful to have a visit with my wife, who faithfully supported me on my trek.  She served as the logistical command center for all of my resupply packages, and supplied me with additional equipment and food when requested.

In a small, waterproof notebook, I kept track of the trail names of hikers I met on the trail.  In all, I recorded the names of ninety hikers.  I also kept track of their ages, as I was curious as to the average age of these hikers.  In the beginning of the hike, I estimated the average age to be around twenty-eight or twenty-nine, but after gathering names and ages for several months and crunching the numbers, the average age turned out to be 34.5 years.  Most of the hikers were young, in their twenties and thirties, only a couple of nineteen year olds, just a few in their forties, a few more in their late fifties and early sixties, and only three in their seventies that I was aware of, myself being one of the three.

Of the ninety people I met on the trail, all passed me at one time or another.  Being slow had its advantage in that it allowed me to meet and interact with so many different and wonderful people.  Of the ninety hikers who passed me, about ten eventually ended up behind me, people like Peter Pan, Atlas, Swiss Army, Fun Size, and Night Crawler.  I would estimate that there were another sixty or seventy hikers ahead of these ninety hikers I met, people I never saw or interacted with.  These were hikers who started on the trail before me, and who crossed the Canadian border several weeks before I did.  In addition to those in front of me, I am guessing that there were about a hundred hikers behind me, many of whom were not able to finish their hike to the border because of early winter snows in the Northern Cascade Mountains.
Of all the hikers I encountered on the trail, Cookie was the only one that I had occasion to interact with from near the beginning to the end of the 2,665-mile journey.  Rarely did I ever hike with her, and on those occasions that we did walk together, it was because she slowed down long enough to listen to a story I was telling her.  On the trail, there was a bubble of hikers that I tended to walk with; we all moved along at about the same pace, and Cookie was usually at the front of the bubble, while I brought up the rear.  I could stay with this group of hikers because I was always on the trail so early and could make twelve to fifteen miles before this group would start passing me.

At times, I would bump into Cookie in trail towns – in grocery stores, at the post office, at a restaurant.  Her story is an interesting one.  She is thirty-three years old and graduated with a Bachelor’s degree in Equine Science from a Colorado agricultural school at age twenty-two.  Upon graduation, she was offered a position as ranch manager for a fifteen-thousand-acre ranch in Oklahoma.

Under her supervision, the ranch grew to two thousand head of cattle and two hundred horses.  She was responsible for the day-to-day operations of the ranch, but let the cowboys and ranch foreman watch over the cattle while she and her assistants tended to the horses.  Nurse Betty, who has been hiking with Cookie, was a veterinarian assistant who often came to the ranch to provide medical help to the animals.  Cookie stayed eleven years at the ranch and quit to hike the PCT.

I was grateful that Jodie and the Cutlers had the opportunity to visit with other hikers at McDonald's.  Before that encounter, they really had no concept of what it meant to set out alone on such a long journey, carrying all of one’s supplies in a backpack, and camping out each night in the desert or the forest.  Now, having met other hikers, seeing the heavy packs they carried, the ragged and dirty appearance they presented and the aroma that accompanied this group of merry adventurers, they were more informed and enlightened about the realities of trail life for the PCT hiker.

Above all, they could see that hikers, though they may hike solo, are really a large community of fellow travelers, with each looking out for one another.  The hiker may not have much, but he or she was willing to share what they had.  It was a great firsthand experience for them to meet Atlas, Peter Pan, Cookie, and Nurse Betty.

I placed my heavy pack in the back of the rental car and the four of us drove the quarter mile back to the trail.  It was a little cool this morning, so I was wearing my synthetic North Face jacket.  At the spot where I had emerged from the trail yesterday, I got out of the car, opened the door for my wife, and went to the back of the car to retrieve my belongings.

The pack, with nine days of food, four liters of water and additional supplies, was exceptionally heavy; nevertheless, I muscle it up to my shoulders and onto my back, buckled the hip belt and chest strap and embraced my wife.  Although I had showered and put on clean clothes, the ubiquitous hiker odor still permeated through my backpack, but we didn’t let that stop us from enjoying a long embrace.

I dried her crocodile tears, told her how much I loved her, and thanked her for the umpteenth time for her support of my journey.  With trekking poles in one hand and a muffin from the continental breakfast in the other, I bid my wife and friends good-bye, turned and proceeded to enter the tunnel that passed underneath the I-15 Interstate.  Before leaving, we agreed that we would meet again at Donner Summit on I-80 near Truckee, California, some nine hundred miles distance.

Saying good-bye is never easy.  The heart is torn between wanting to stay, to provide comfort and solace if appropriate for the occasion, and the reality that you must proceed on to whatever destination has required that you leave in the first place.  You can’t help but wonder if the loved one you’re leaving behind will be able to get along without you, but in the greater scheme of things leaving may be the catalyst the loved one needs to further their personal growth and maturity. 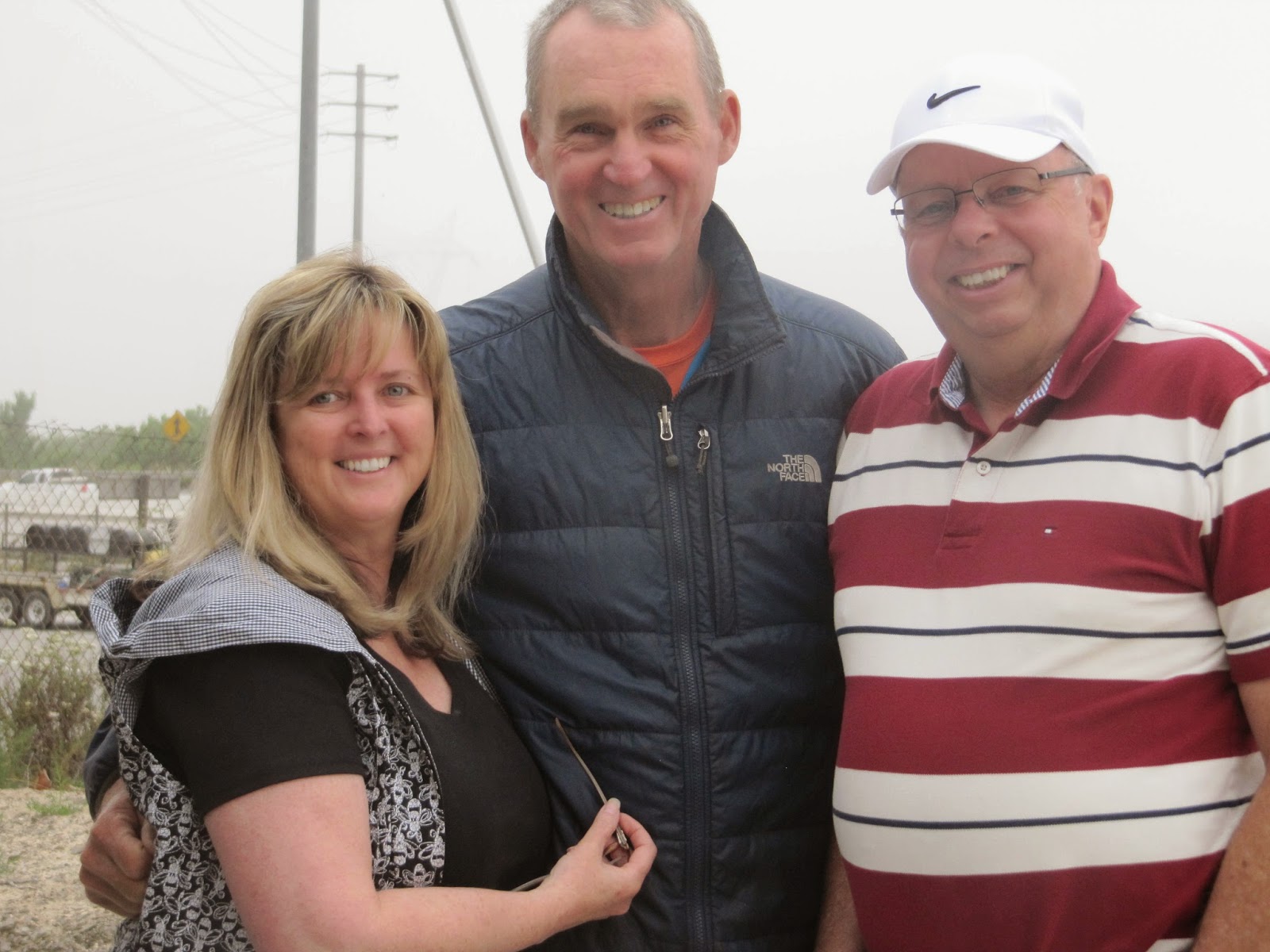 It's time to get back on the trail. Jodie and the Cutlers drive me back to the trailhead, where I made preparations to leave. 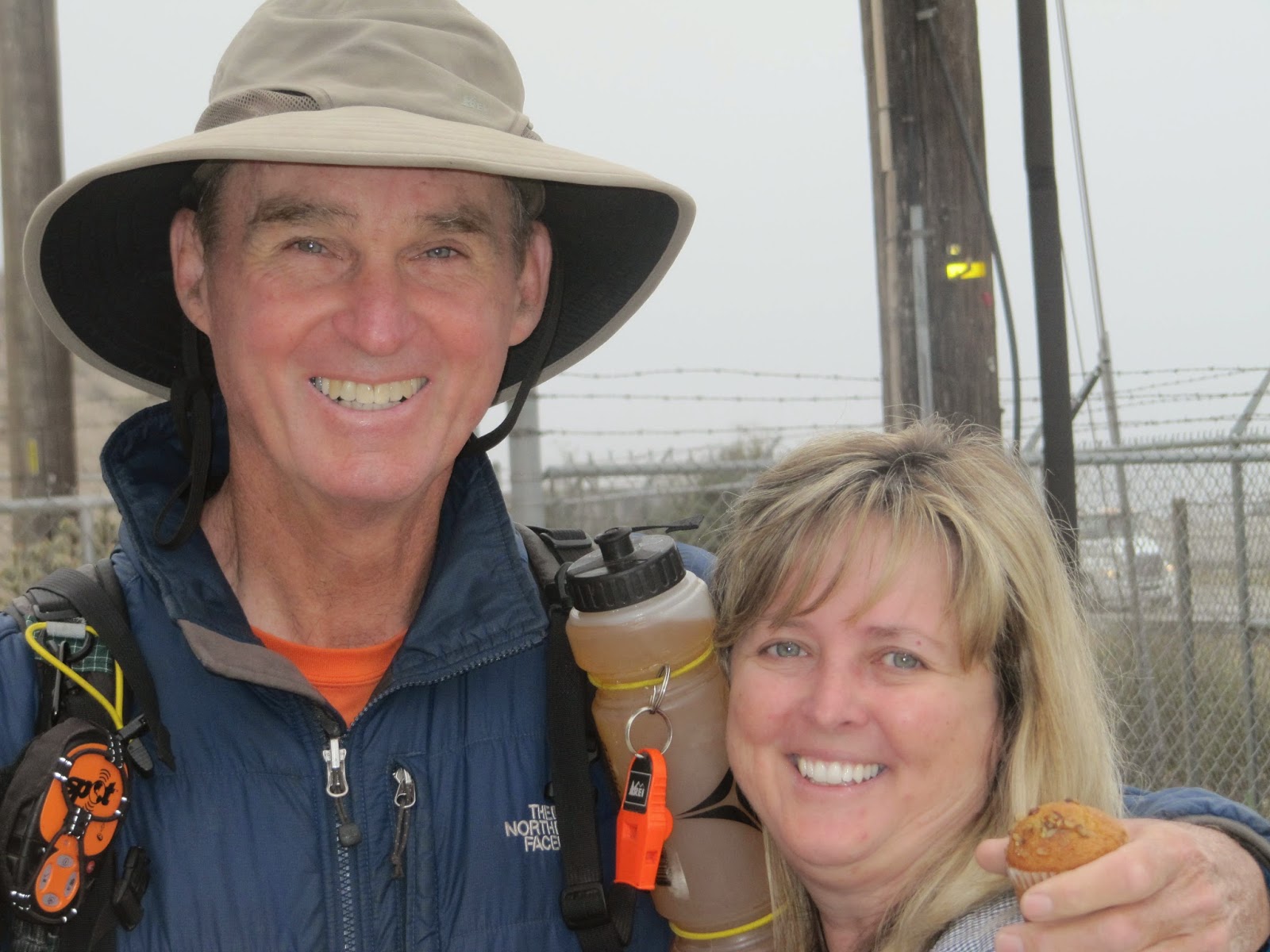 I'm packed and ready. We agreed that we would meet again at Donner's Pass on I-80, just beyond Reno, Nevada, some 900 miles up the trail. 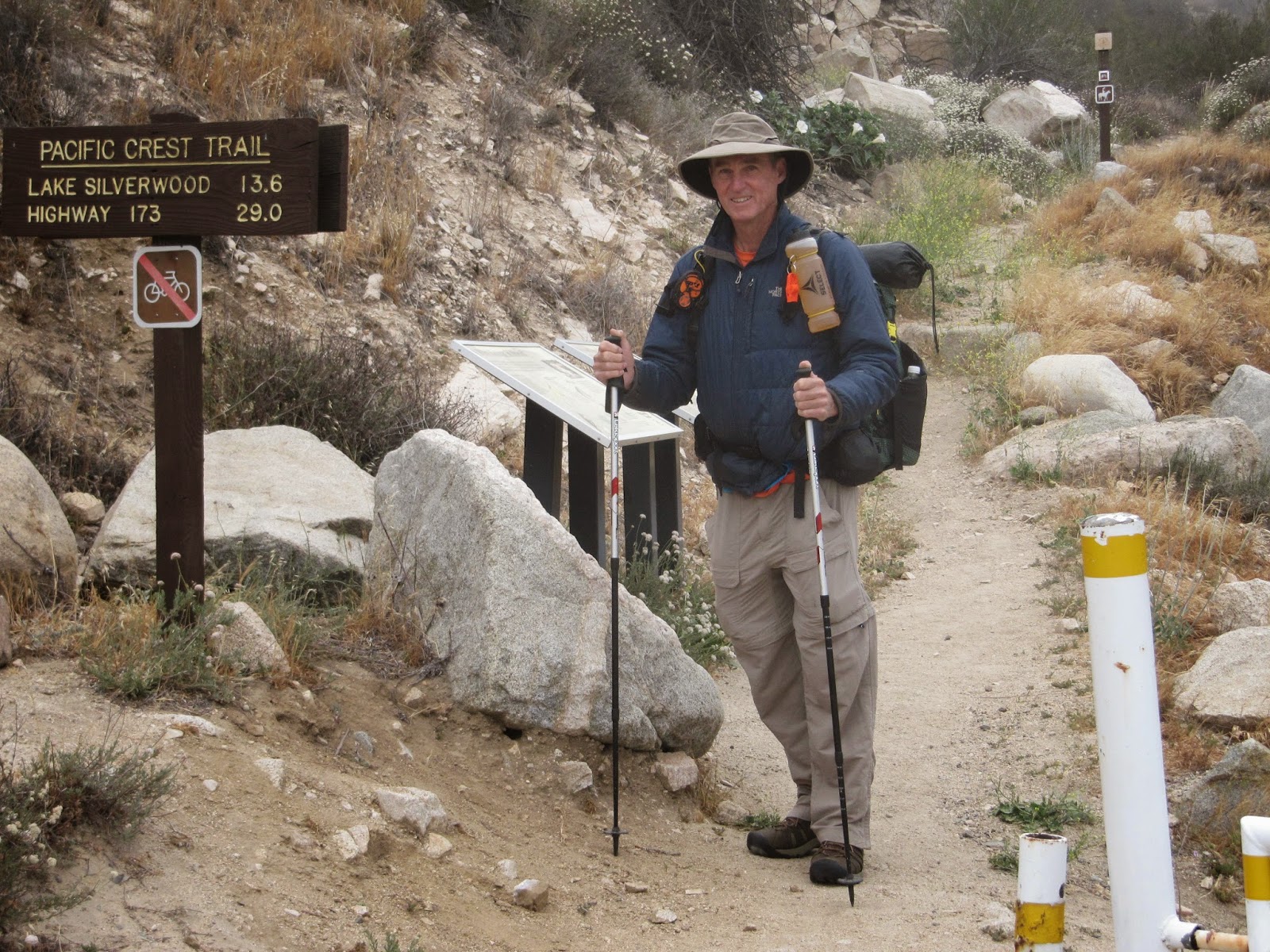 Once I pass under the I-15 freeway, I will be out of sight of my friends.