Standing on the other side of Interstate I-15, I looked back to see if I could see my wife and friends, but to no avail.  McDonald's, friends, and family were now behind me and I needed to push on and make miles.  Within a short distance, I came to a set of railroad tracks belonging to the Burlington Northern Santa Fe Railway.  These I crossed, as well as a second set, and continued up the hill.  In the distance I could see a long line of Union Pacific railcars making a gradual ascent up the famous Sullivan Curve.  (TrainWeb)

This graceful curve was added in 1913 to the original tracks laid down in 1885, to reduce the grade from 3 percent to 2.2 percent and adding two miles to the original route.  Because of the length of the curve, it provided photographers and rail fans with a unique opportunity to photograph trains and locomotive engines in action.

Herb Sullivan made this curve famous with his photos from the 1940s to the 1950s of Union Pacific trains traveling along this route, with the Mormon Rocks landscape in the background.  As a tribute to his photographic skills, and exceptional images of trains, the curve now bears his name.  (Murphy)

Passing over this last set of Union Pacific rails, and moving beyond the Mormon Rocks, an outcropping of sandstone conglomerate, the trail ascended to a sandy ridge overlooking lower Lone Pine Canyon.  As the ridgeline climbed higher, on the maps it acquired the name of Blue Ridge.  Numerous dirt roads intersected the ridge and trail, with most descending to ranches in Lone Pine Canyon.  Gobbler’s Knob was a prominent feature on the trail, and lying just west of this formation, was the Acorn Trail that snaked its way down to Wrightwood.  Hikers who needed to resupply in Wrightwood could use this trail, or they could wait until they crossed Highway 2 in a few miles, and then hitchhike into Wrightwood.

As I approached Highway 2, I was faced with a dilemma.  I did not need to go into Wrightwood to resupply, as I had sufficient food to see me through to Agua Dulce, my next resupply point; however, I knew there was a great bakery in town and I hated to pass up a bakery with the opportunity to sit awhile and savor a few sticky buns or bear claws.  I also knew there was not much traffic on the highway; accordingly, I didn’t want to waste time trying to get in and out of the town, just for the sake of a cinnamon roll.
I decided that if by chance there just happened to be a trail angel at the road crossing that would be willing to drive me into Wrightwood, I would go; otherwise, I would keep walking.  Just as I walked down the hill to the paved highway, I saw a single car coming up the road.  When it got close to where I was standing, the driver made a U-turn and came to a stop right in front of me.  The passenger side window rolled down and a young female beckoned me to come close to the car.  She asked me if I’d like a ride into town.  I couldn’t believe what I’m hearing; the very conditions upon which I agreed with myself to go into town, are transforming right before my eyes.  Of course I said,

“I know there’s a great bakery in town, and I’d love to visit it, but I’m concerned about getting a ride back to the trailhead.”  As though reading my mind, she replied,

“I will be glad to take you into town, and drop you off at the bakery; and I’ll give you my cell phone number.  When you’re through with your errands, give me a call, and I’ll come and pick you up and bring you back here to the trailhead.”

I opened the back door, placed my pack and trekking poles on the back seat, then climbed into the front seat beside her, and away we went.  She introduced herself as Molly Ann.  She said that she and her husband, who worked at a nearby military facility, lived in Wrightwood.  She added that several times a week she drove this section of Highway 2 looking for hikers, to offer them rides back and forth between Wrightwood.  As if that wasn’t enough, she turned to me and said,

“Before I left home this morning, I made this hoagie sandwich to give to someone, and it looks like you’re it; would you like it?”

I was humbled to the depth of my soul by the generosity and compassion of this complete stranger, who had gone out of her way to provide compassionate care and service for no other reason other than she could.  I accepted her generous offer and said, “Thank you,” but it seemed like a pitiful response in relationship to the magnitude of the service she had provided to me.

After this encounter with Molly Ann, and for the rest of my time on the trail, I would reflect often on what it meant to reach out to another human being and offer assistance and help, never expecting anything in return.  I determined that the only way I could really express my thanks to Molly Ann was to emulate her unselfish behavior and pay it forward. 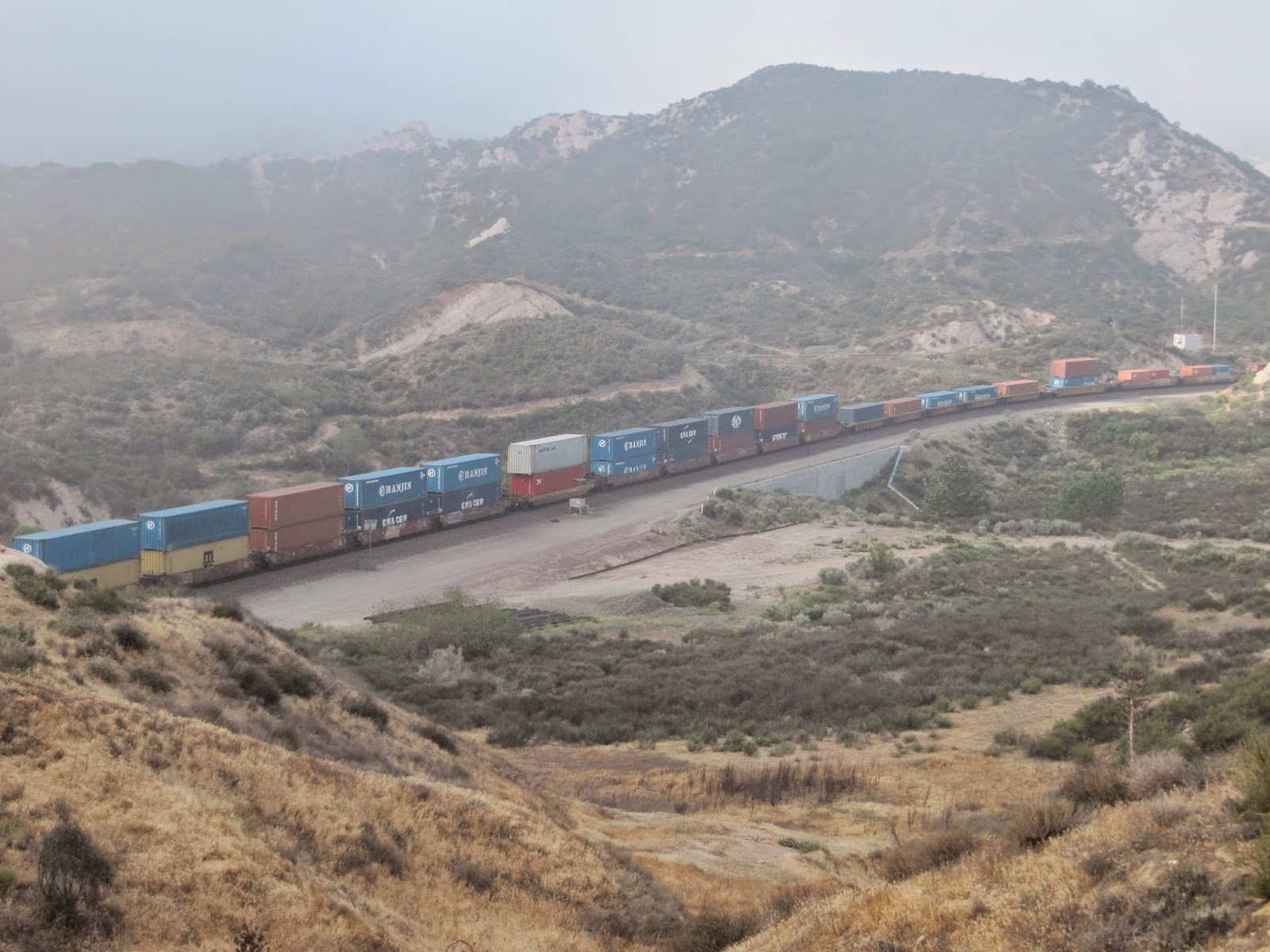 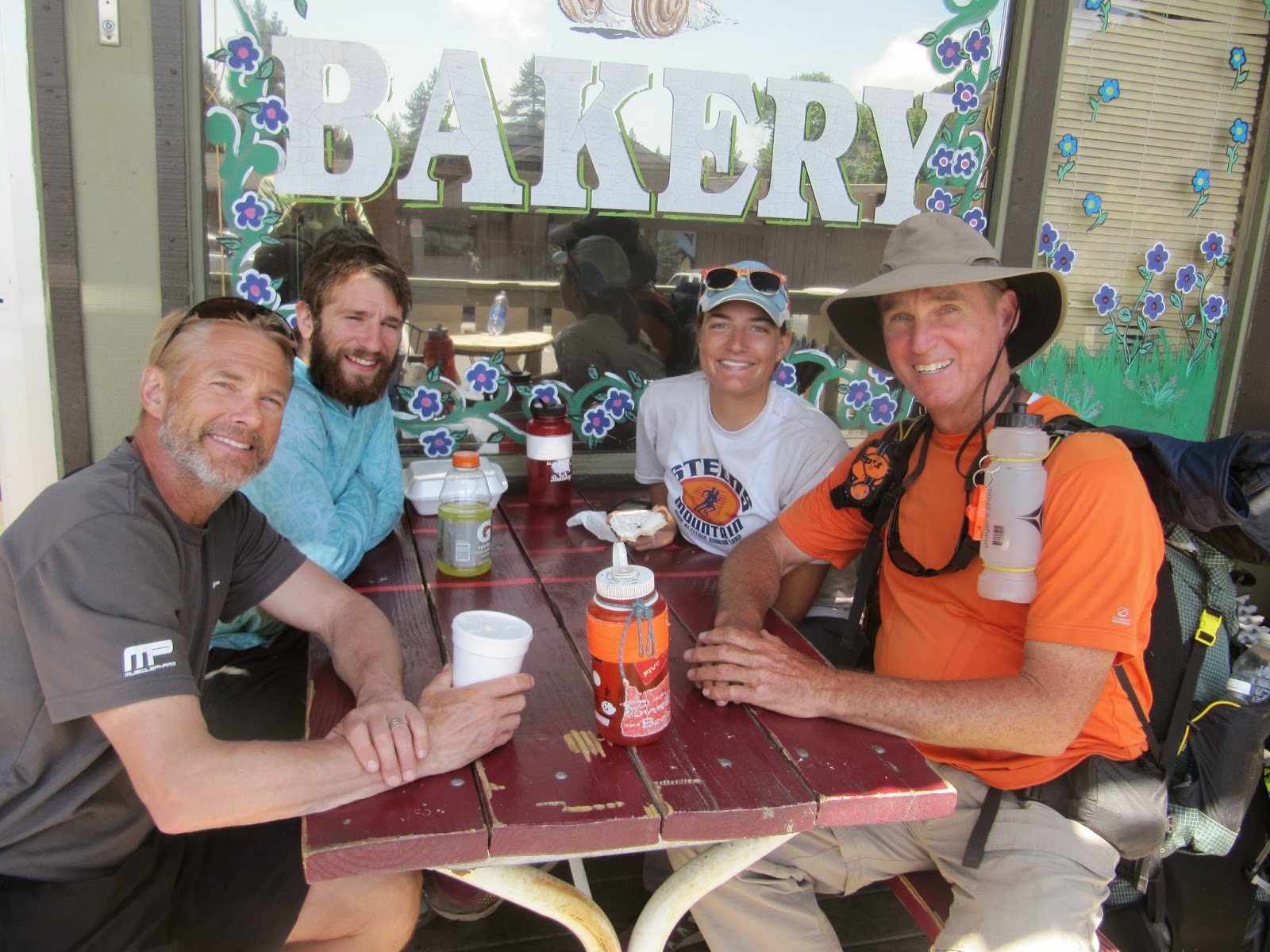 In Wrightwood, Molly Ann let me out at the bakery. Seated with Rum Monkey, Humming Bird, and clair. Clair's friend Doodles is taking the picture. Though we've known each other for only a short time, we truly enjoyed our camaraderie. 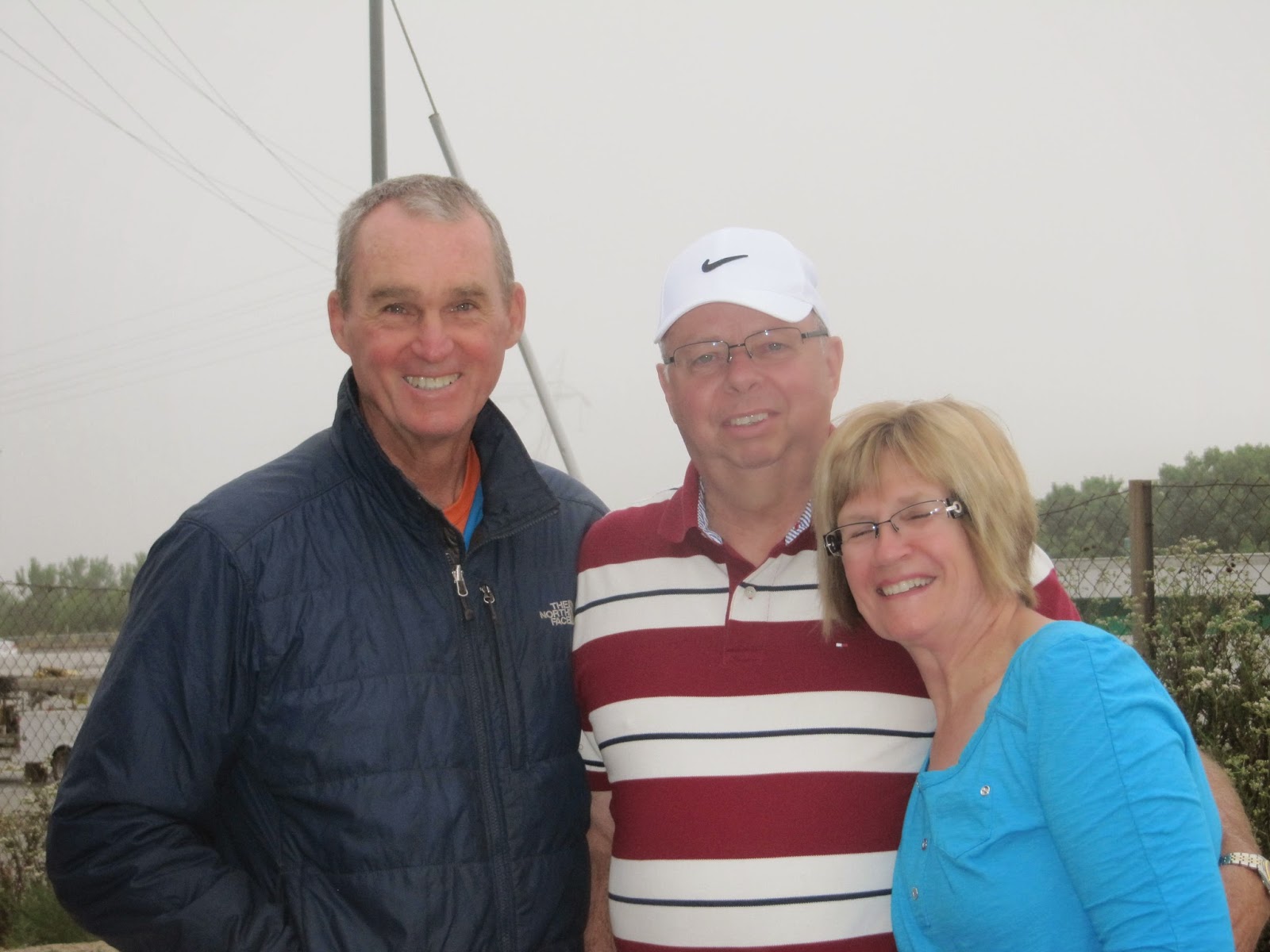 My good friends Ken and Lois Cutler. Ken and I were in high school together. 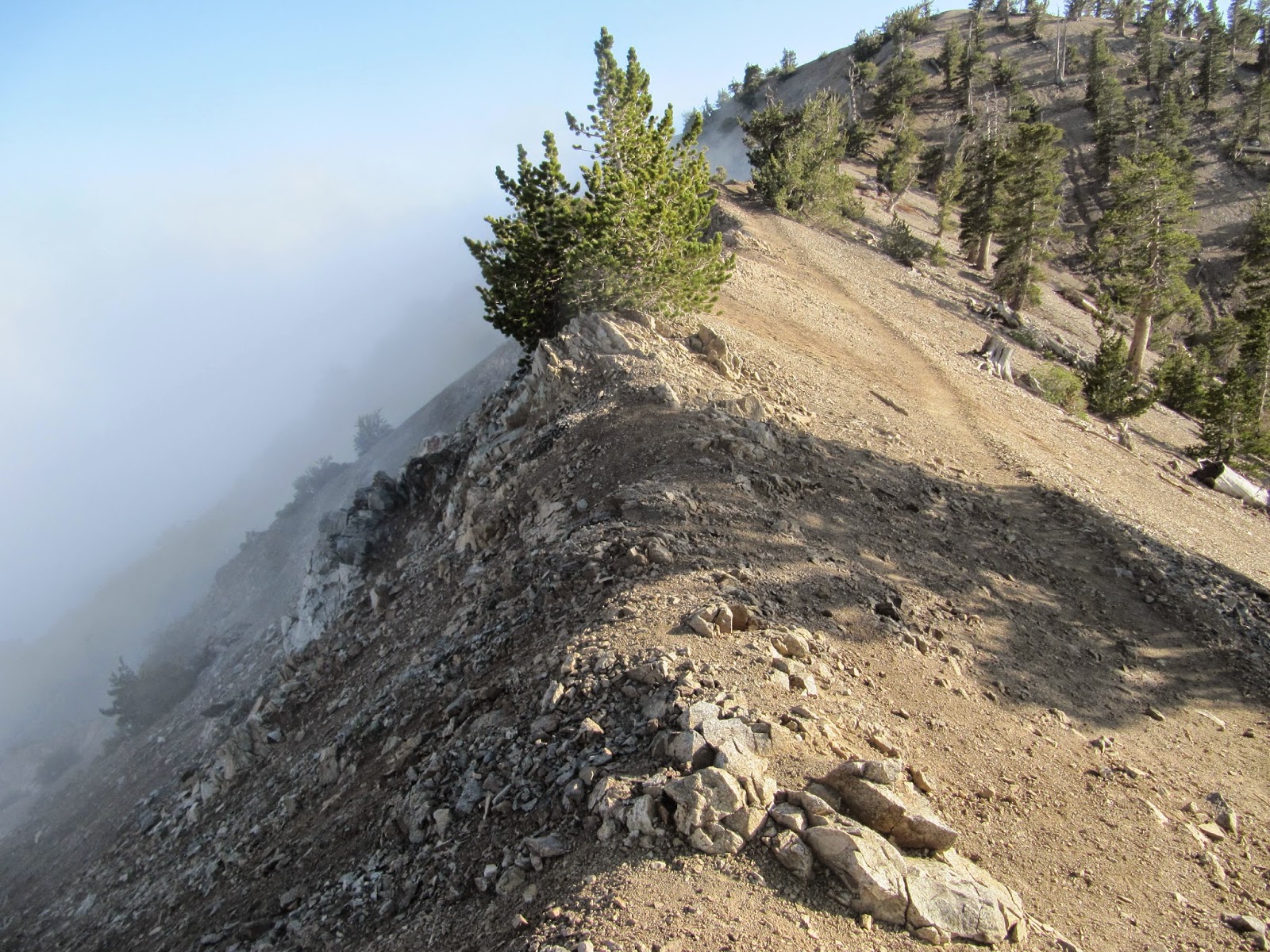 From Wrightwood, it was a straight up climb to Mt. Baden-Powell, named to honor the originator of the Boy Scout movement. Many scout troops will make the climb to the top of this mountain. 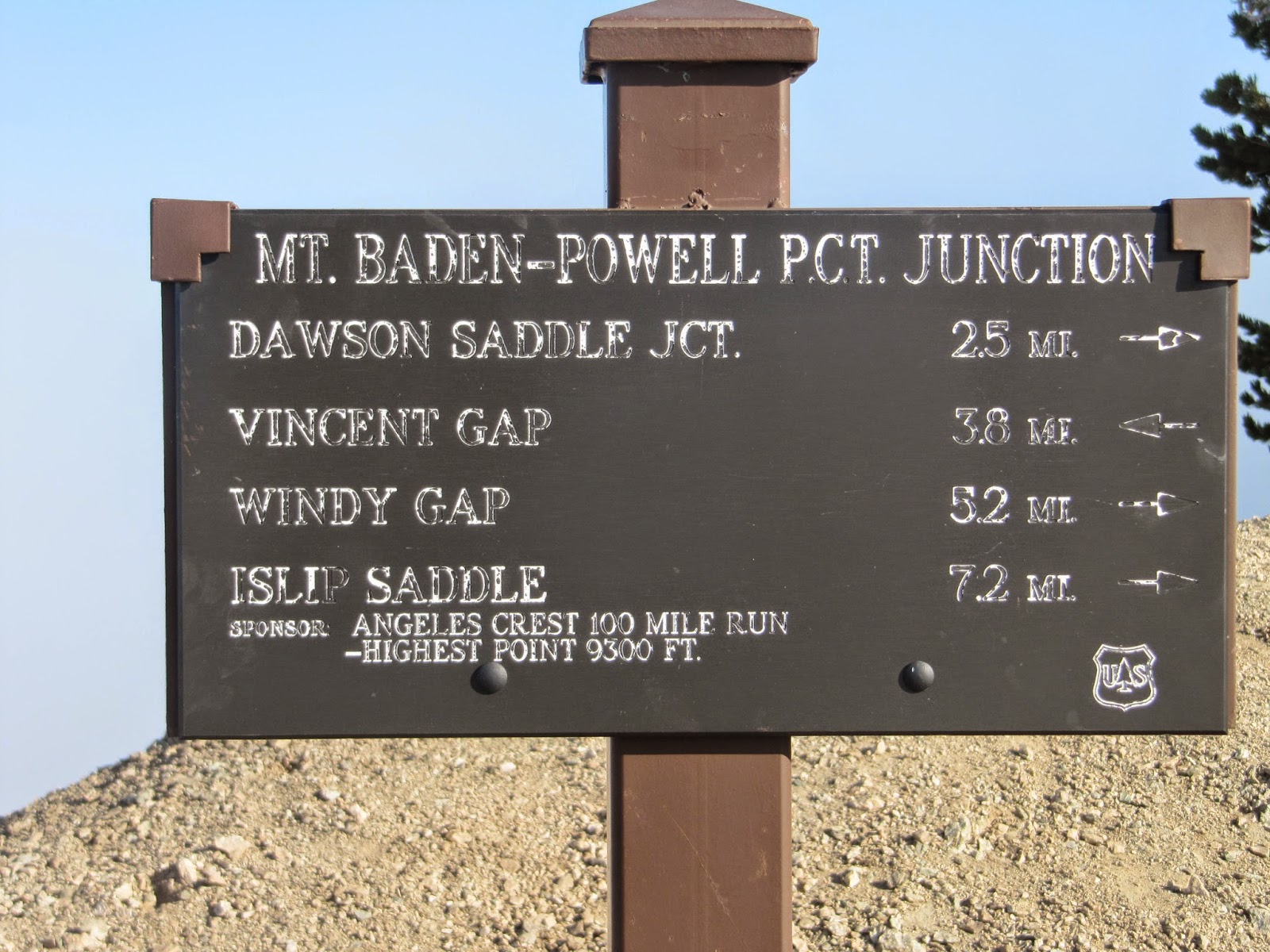 At the top of the mountain, there were many trails leading off in all directions.