The cliffs surrounding us were composed of fine grain sand, called the Navajo Sandstone Formation.  This formation formed sheer, vertical walls that could be hundreds of feet in heights.  As luck would have it, only a few hundred yards from where we stood, the cliff face had eroded away to form a rubble-strewn corridor that lead to the top of the cliff.
We maneuvered in and around the giant boulders and eventually climbed to the flat mesa above; here we discovered a road and followed it.  The road led to a long-abandoned uranium mine that had been active in the 1950s.  From the road and ledges overlooking the mine site, we could see the remains of timbered buildings, old discarded trucks, and assorted odds and ends of equipment used in hard rock mining.  We scrambled down the jumbled rocks of the cliff to the mine entrances and peered inside.  There were three tunnels, all in close proximity to one another, and none of them extended very far into the hillside.

On the ground in front of the tunnels was an odd piece of equipment, one that one would never expect to see at a mining operation.  It was a WWII ten-man neoprene assault raft, the same type of boat my group of rafters was using on the river.  Sun rot had destroyed the neoprene fabric, but its shape was still fully intact.  Thirty-five years later, when I brought my wife back to this same location to show her the mine tunnels, the only thing left of the raft were the metal valves, to which air pumps were once attached to inflate the raft.

In the 1950s and '60s, Moab was a beehive of mining activity for uranium.  The U.S. government needed to restock its supply of uranium, so it increased the buying price dramatically, which lead to the uranium boom.

While I was inspecting some mining machinery, a group of boys shouted to me to come and see what they had found.  As I walked towards them, I could see them kneeling in the dirt peering into the blackness of crevice between two large flat rocks, one which had fallen on top of the other, forming a triangular-shaped cave.  As I knelt beside the boys and peered in, I saw hand tools stacked neatly against one side of the cavern wall.  There were shovels, picks, buckets, lanterns, crowbars, and spring-loaded animal traps.  There were a lot of them, and judging from several inches of windblown debris that covered the items, it looked like they had been there a long time.  It was as if a miner had placed them there one day, with expectation of coming back the next week to begin work, but he never came back and the items were forgotten.  Years later, when I returned to visit the area with my wife, I could never find that same crevice which held the tools.

The coolest part of the items we found was a large can of black powder used for blasting rocks apart, and a small wooden box of blasting caps used to ignite the black powder.  It didn’t seem like a good idea to have these two items in close proximity to one another, especially if I brought other youth groups to this same location, so I asked one of the boys to take the blasting caps and go hide them somewhere in the rocks.  I told him I didn’t want to know where they were hidden.  He did as instructed, and to this day, I have no idea where they’re buried. 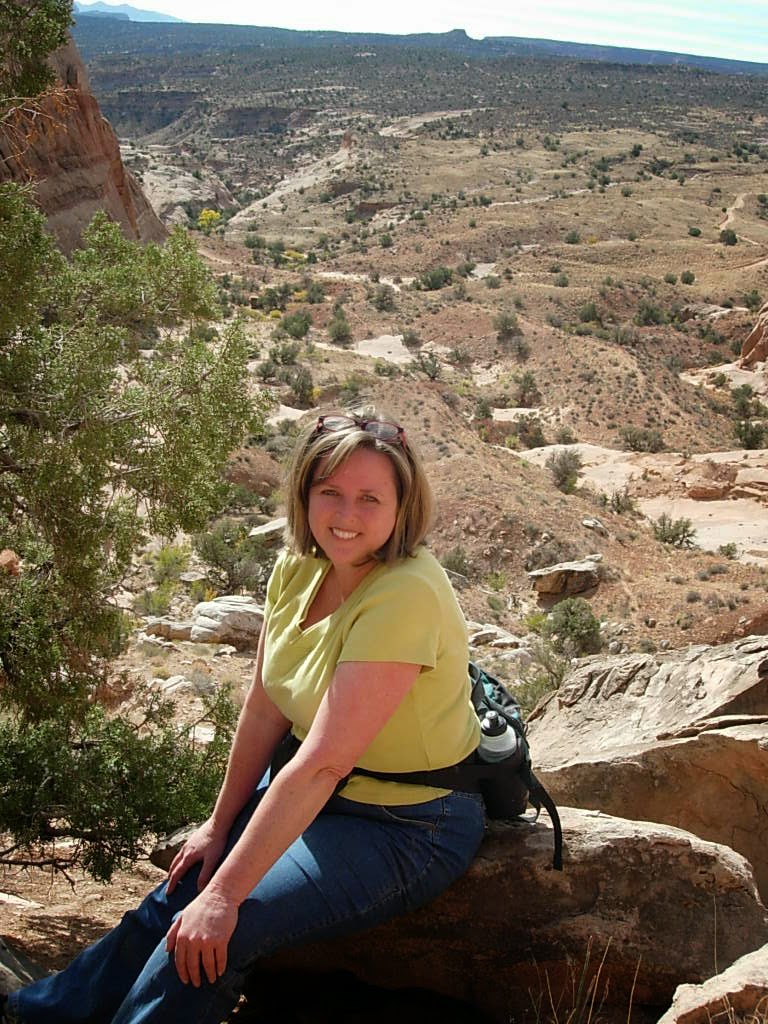 My wife Jodie stopping for a rest, on our climb to the top of the cliffs, looking for the source of the junk we had found at the bottom of the cliff. 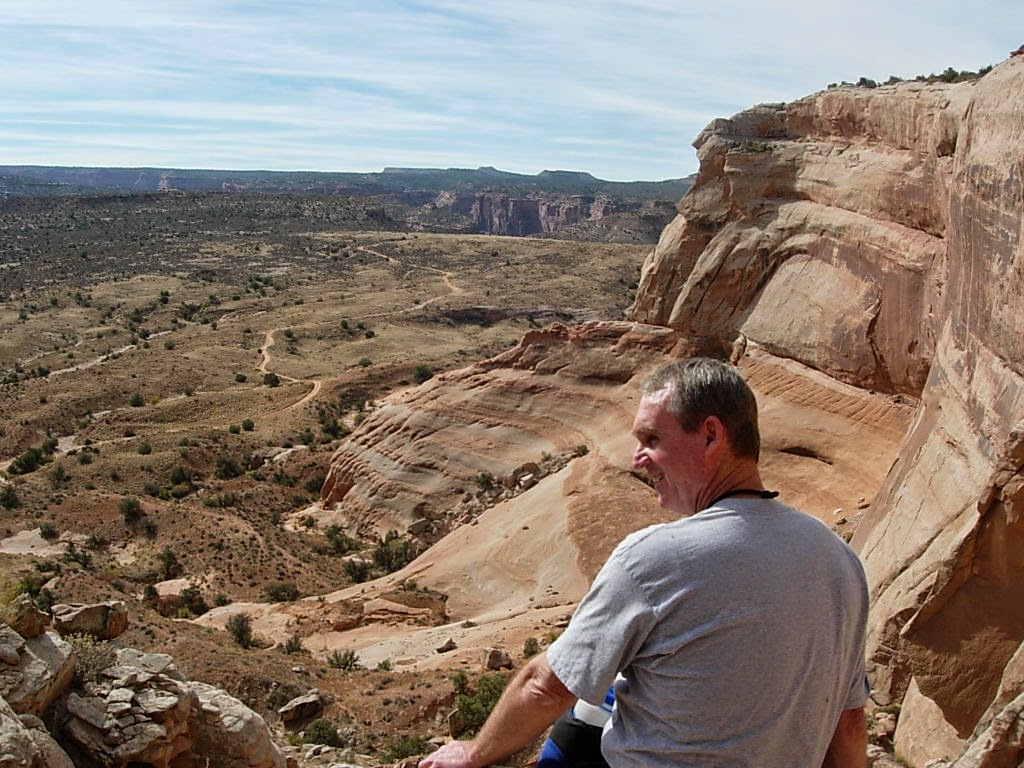 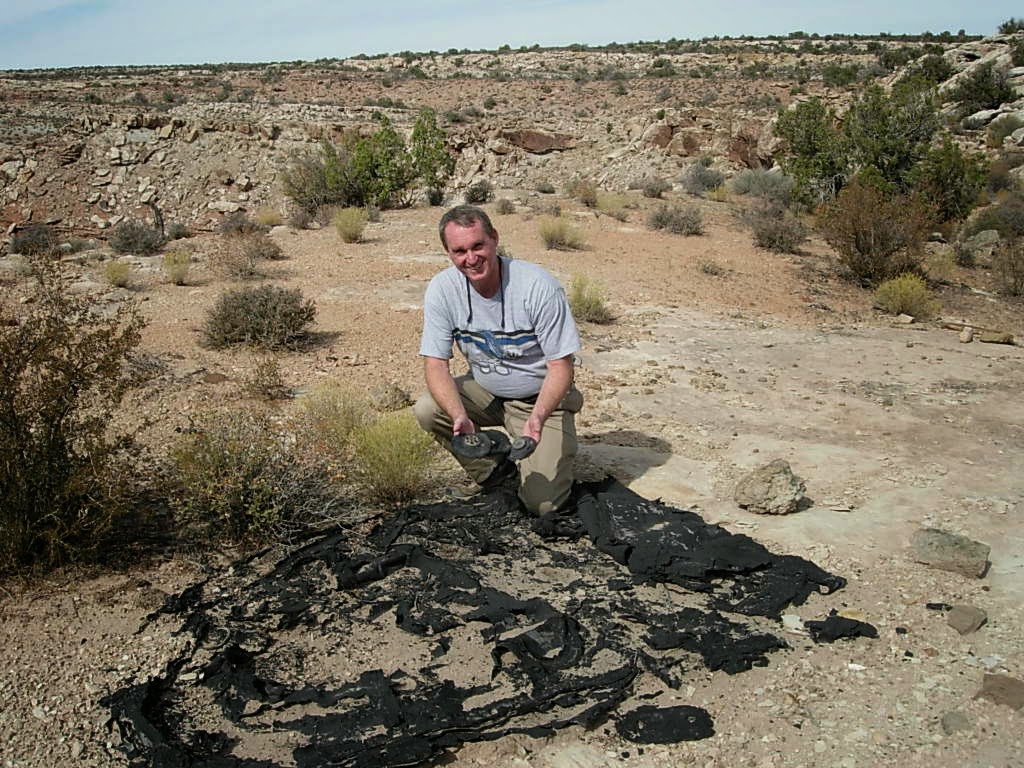 The remains of the 10 man military assault raft that I discovered in the mid 70's on an early exploring trip. 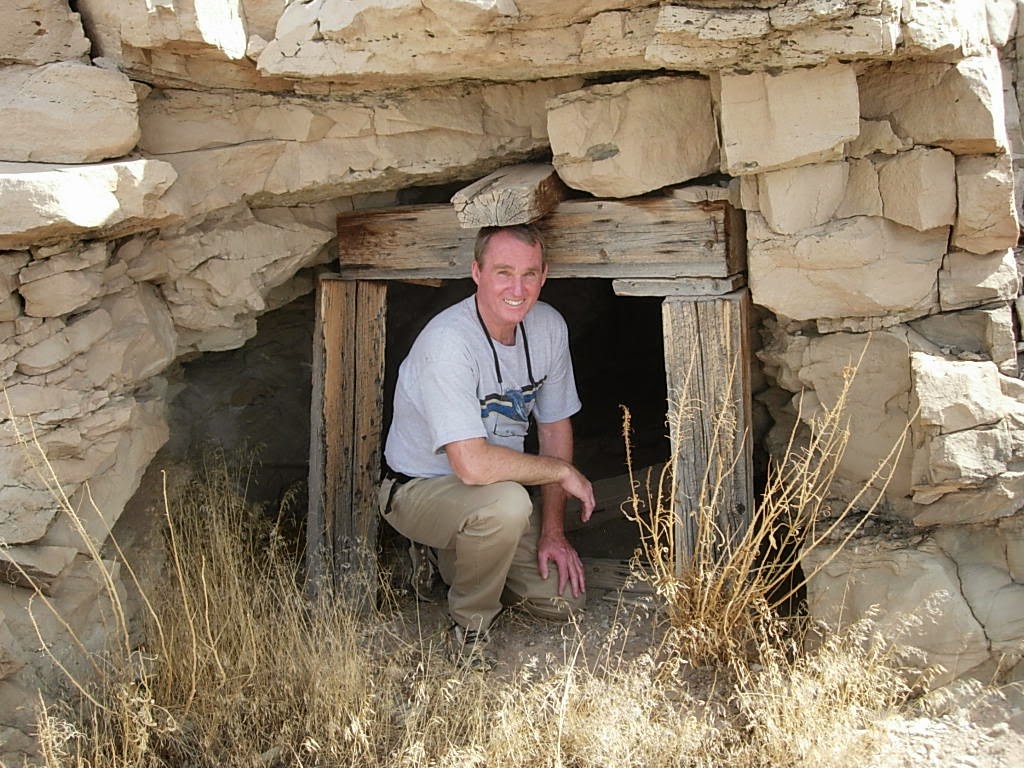 There were four tunnels in the immediate area, none of which extended very far into the hill side. 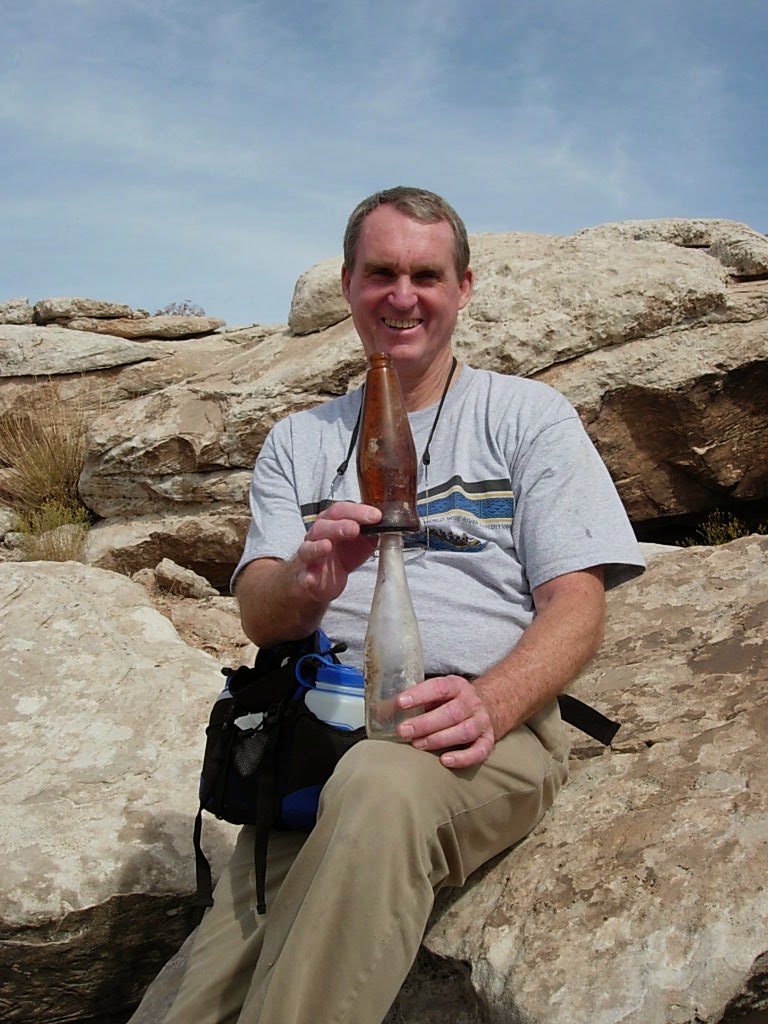 Rummaging through a trash dump, I discovered these antique bottles, deposited in the mid 1950's.