OTC, who was section hiking the PCT in 1996, stayed at Jack’s place and spent many hours listening to his stories.  Jack had allowed hikers to camp on his front lawn and resupply with water, and after his death, the new owner, Richard, continued the practice.

Richard, who was self-employed, upgraded the property for the benefit and comfort of the hikers.  He constructed a number of small buildings that resembled Tuff Sheds that one can buy from Home Depot and put false fronts on them to resemble the buildings of an old frontier town – hence the name Hiker Town.

There was a doctor's office, a post office, a feed and hay store, a blacksmith's store, etc.  Several of the buildings had chairs, couches, and beds in them, allowing hikers to rest during the heat of the day, or overnight if they so choose.

The best part of the conglomerate of outbuildings was the outdoor shower, a contraption consisting of three wooden sides, the fourth side being open to nature, and a shower head, to which was attached a hose that lead to an overhead fifty-five-gallon drum filled with cold water.  Believe me, showers were short and quick, but efficient and refreshing.

A mile from Hiker Town was a small gas station/convenience store.  Bob, the caretaker of Hiker Town, offered to give rides to the store, which he assured us offered excellent double cheeseburgers and malts.  Several of us took him up on the offer and shuttled off to the store.

I’ve always known that you never want to go shopping when you’re hungry, but on this occasion, I told myself to be quiet, as I was here to enjoy whatever goodies caught my fancy.  I went through the store and picked out candy bars, ice cream bars, Gatorade, packets of cookies, salty snacks, soda pop, and then ordered the double patty cheeseburger.  Happy Feet, Phatman Du, and Walkie Talkie sat at the table with me as we all consumed our plunder.  Phatman was nursing a sore elbow with a bag of ice.  Apparently, he had taken a bad fall and did some damage to the bone and tissue, which would eventually force him from the trail.

After a refreshing break at the C-store, I rested awhile in one of the little sheds, and then repacked my pack with some items I had received in the mail from my wife.  While most of the hikers continued to rest in the shade of the buildings, I choose to head out and make some miles for the day.  Although this is the desert and temperatures are often in the triple-digit range, on this day, during this week, the temperatures were only in the mid-seventies, perfect weather for walking.

Within a couple of miles, I came to the flowing water of the Los Angeles Aqueduct, the lifeblood of that city, for without it, Los Angeles would be no more than a community of citrus fruit growers.  But the diverted water came at the expense of many others, notably those ranchers and farmers who lived in the Owens Valley far to the north, from which the water flowed.  The aqueduct was started in 1908 and completed in 1913.  It consisted of both - steel pipe, closed cement-lined vaults, and open cement-lined canals. From my camping spot in the foothills of the Angeles National Forest, I can look across the Mojave Desert, at it narrowest point, to the Tehachapi Mountains in the distance. 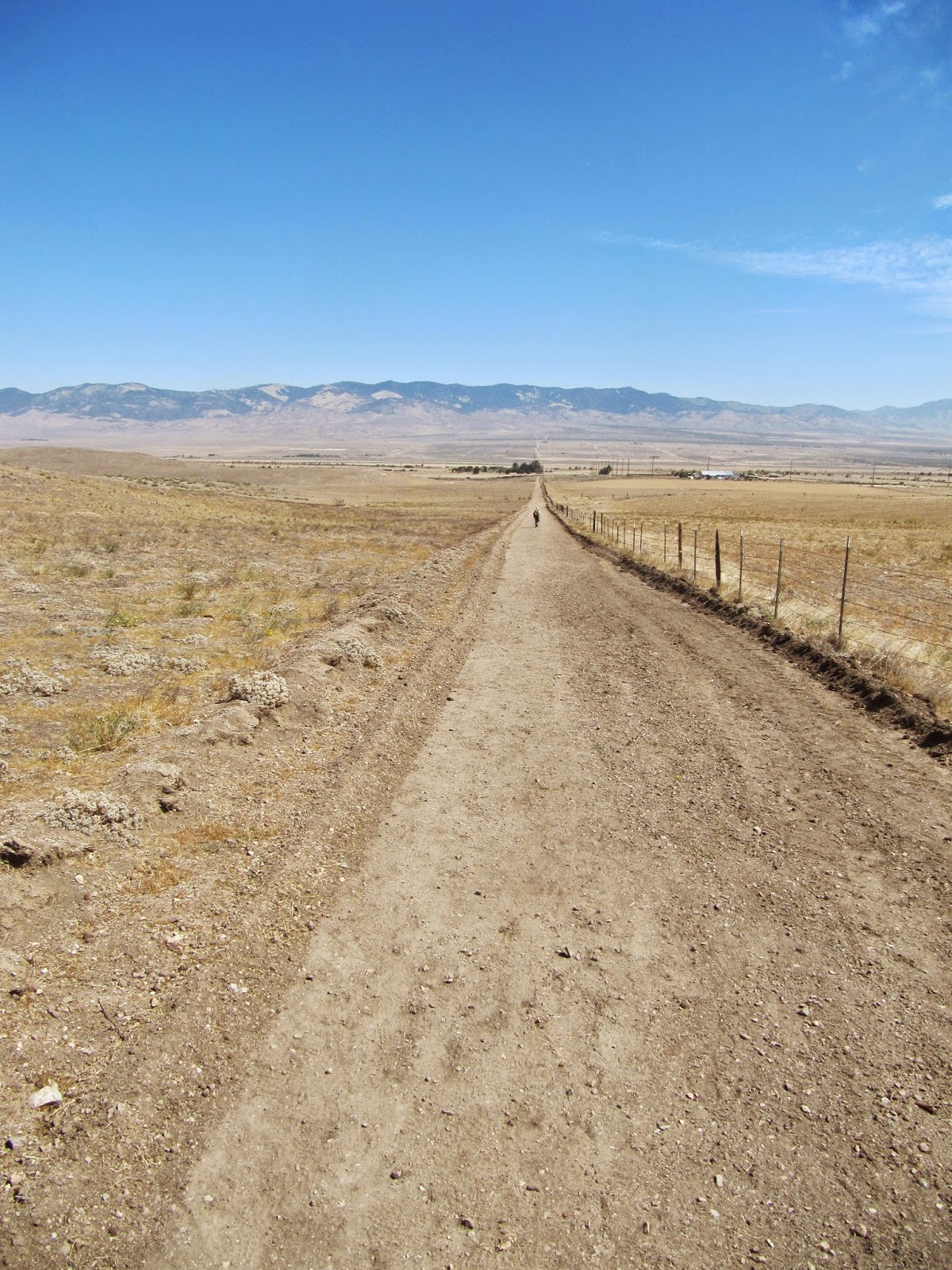 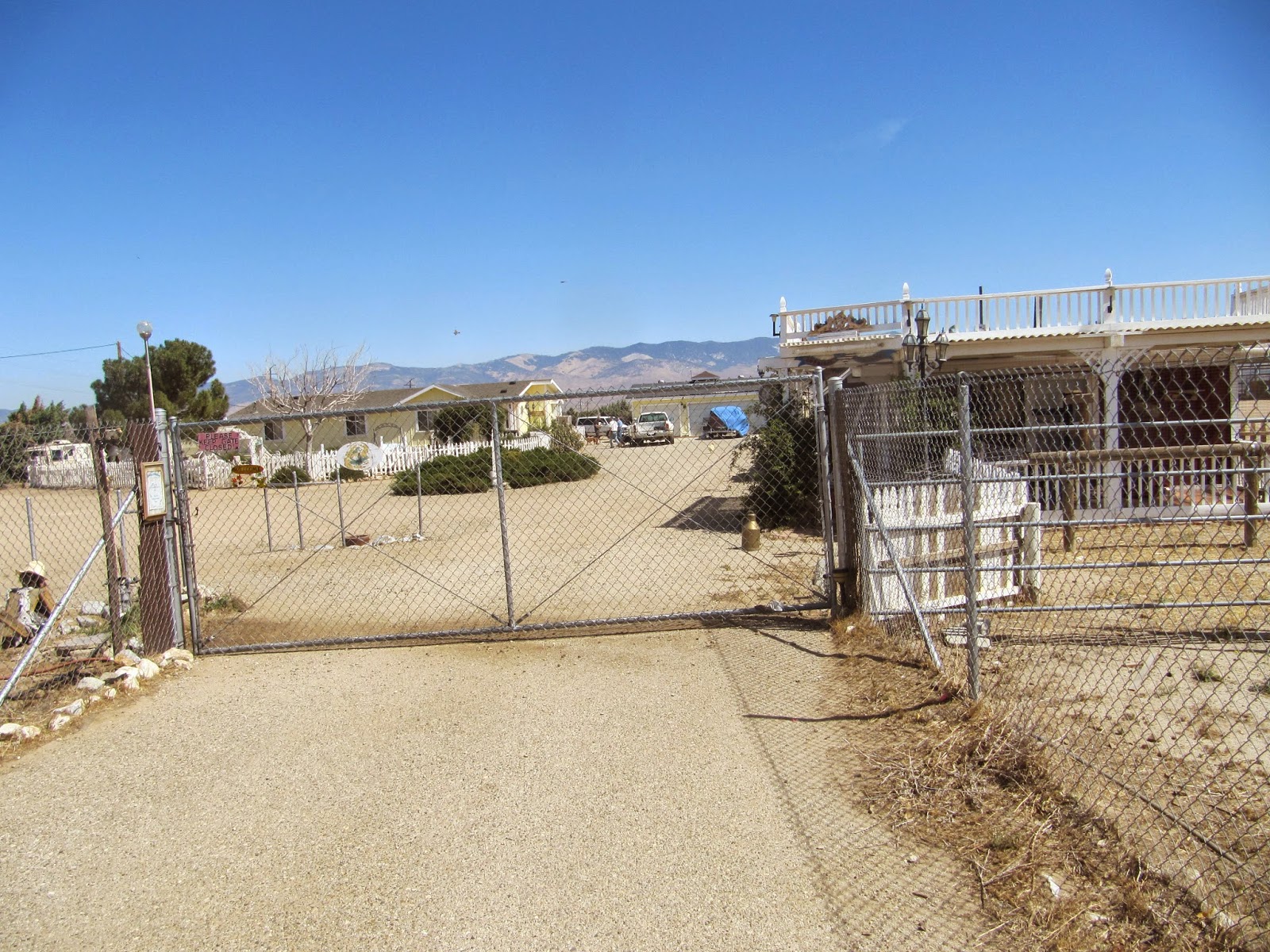 The front gate of Hiker Town. Just unlatch the gate and push it open. 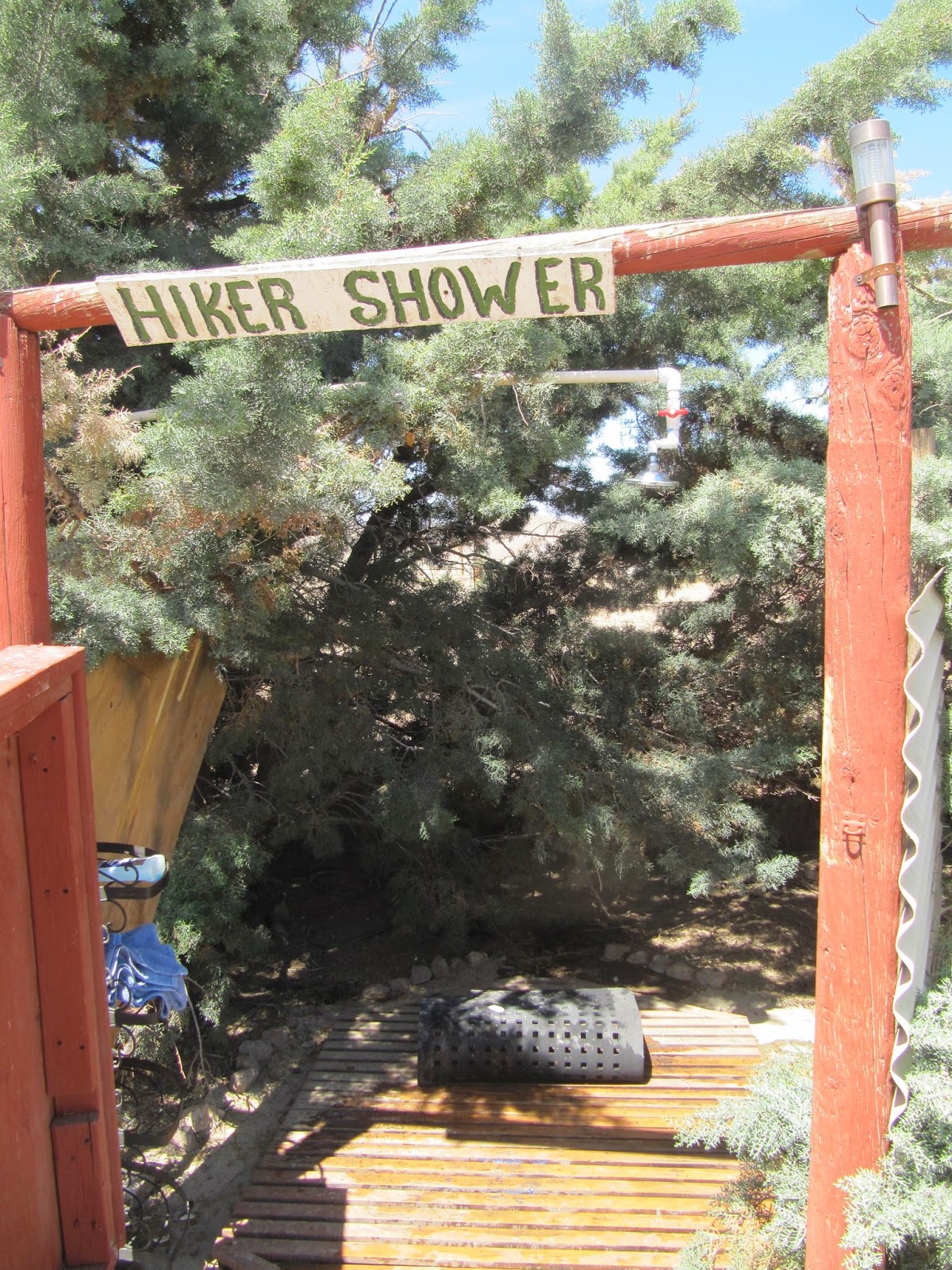 The no frills, all natural hiker shower. 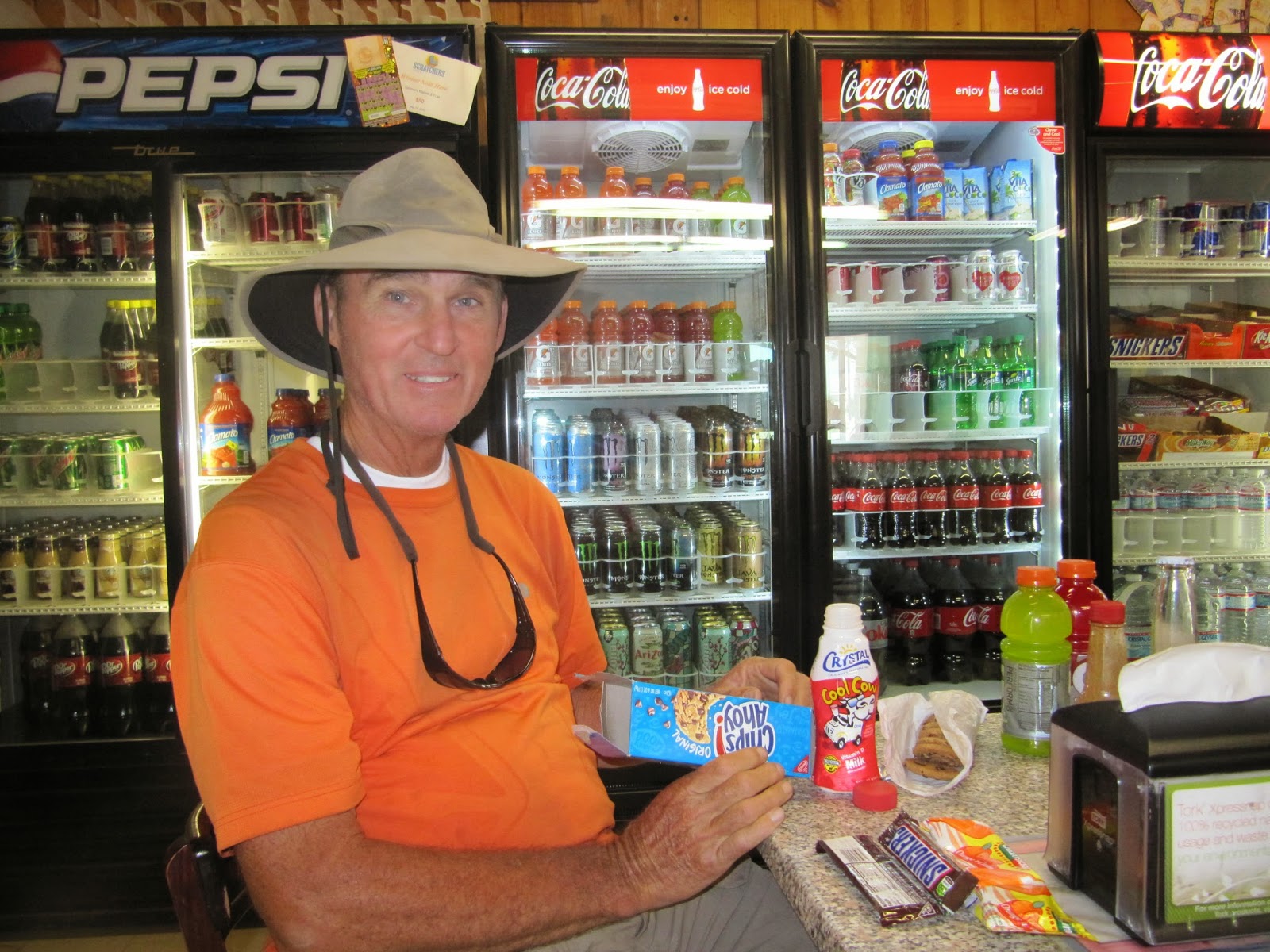 The convenience store, just down the road from Hiker Town was a welcome respite for junk food. 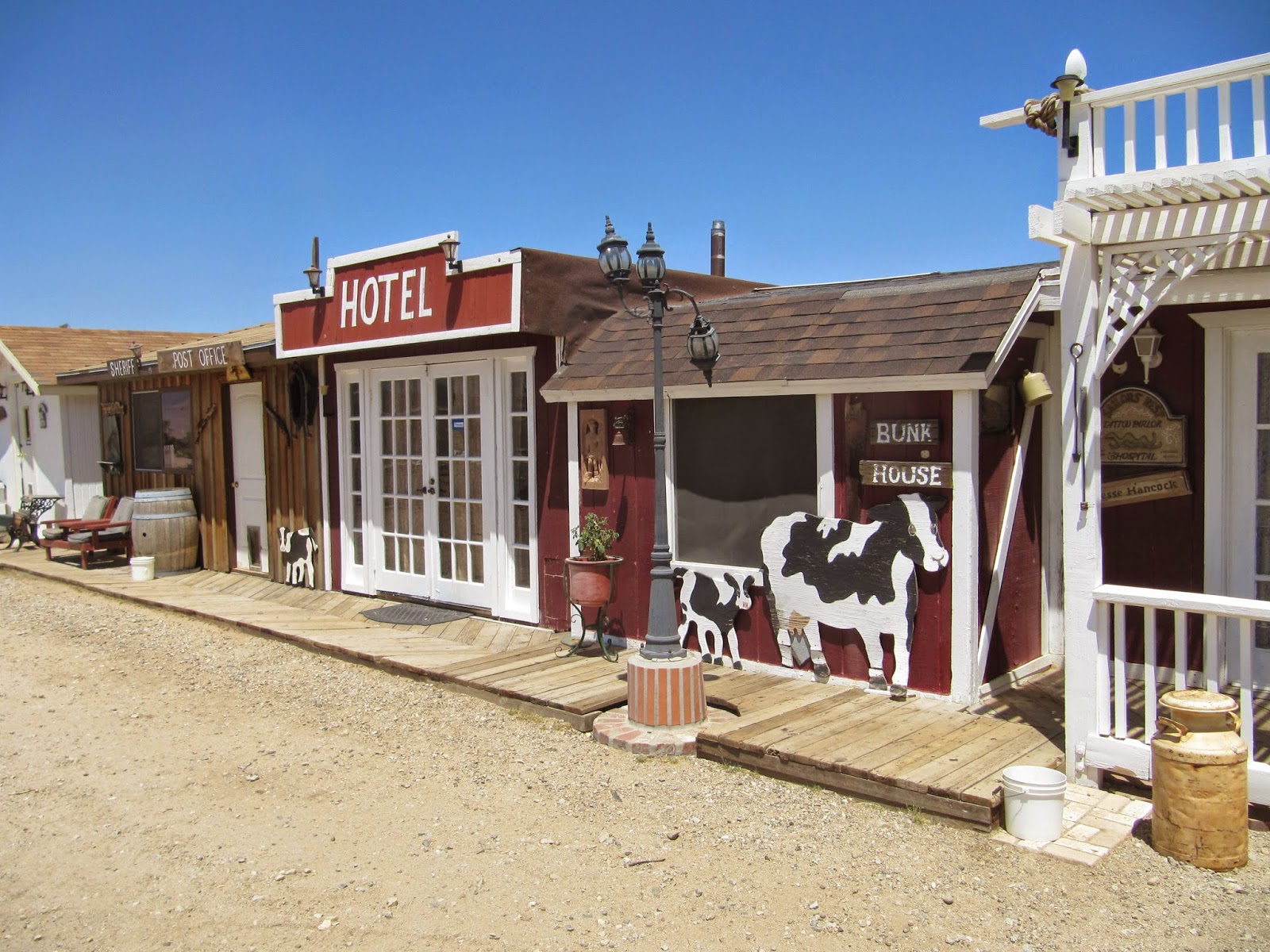 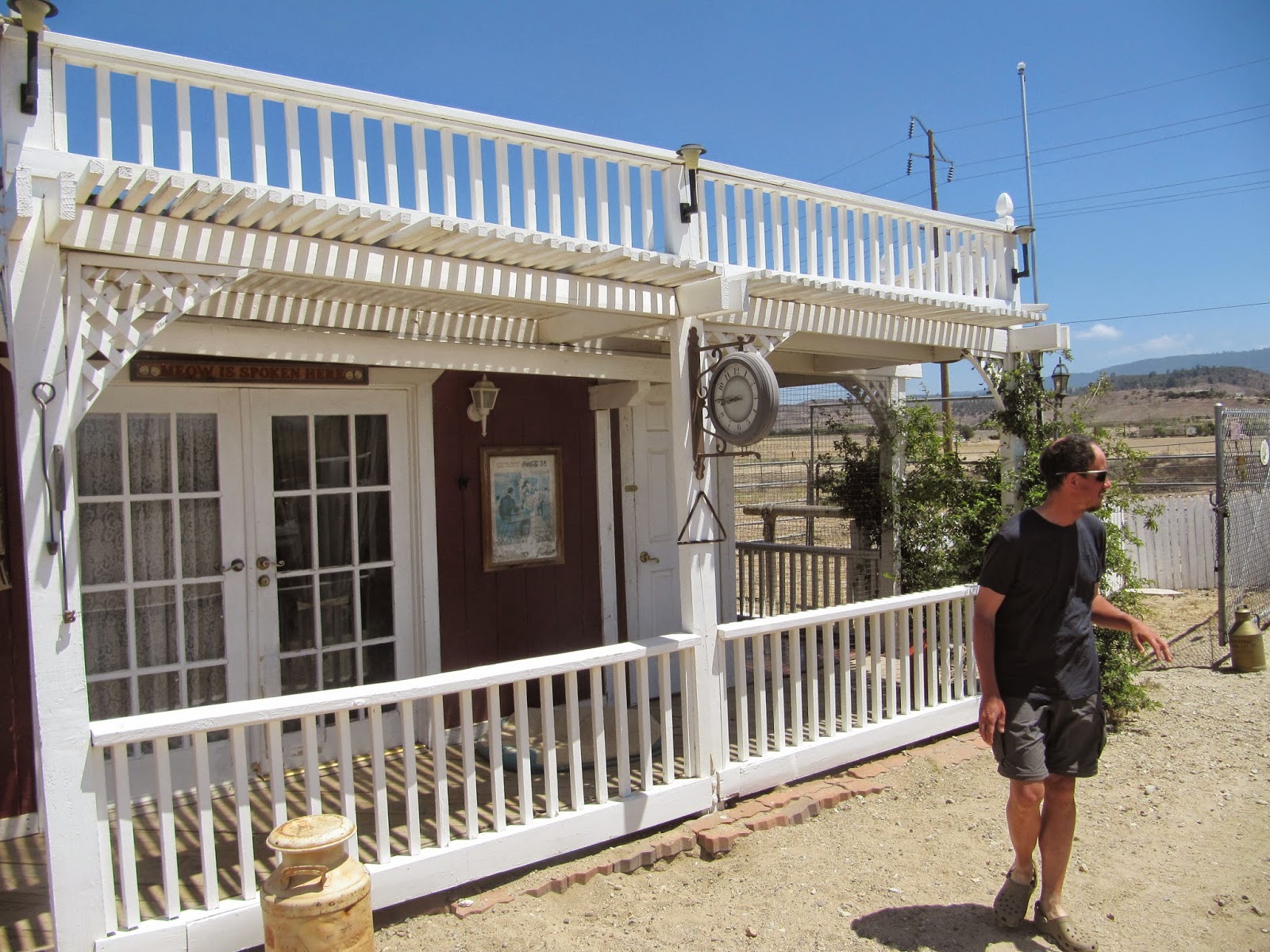 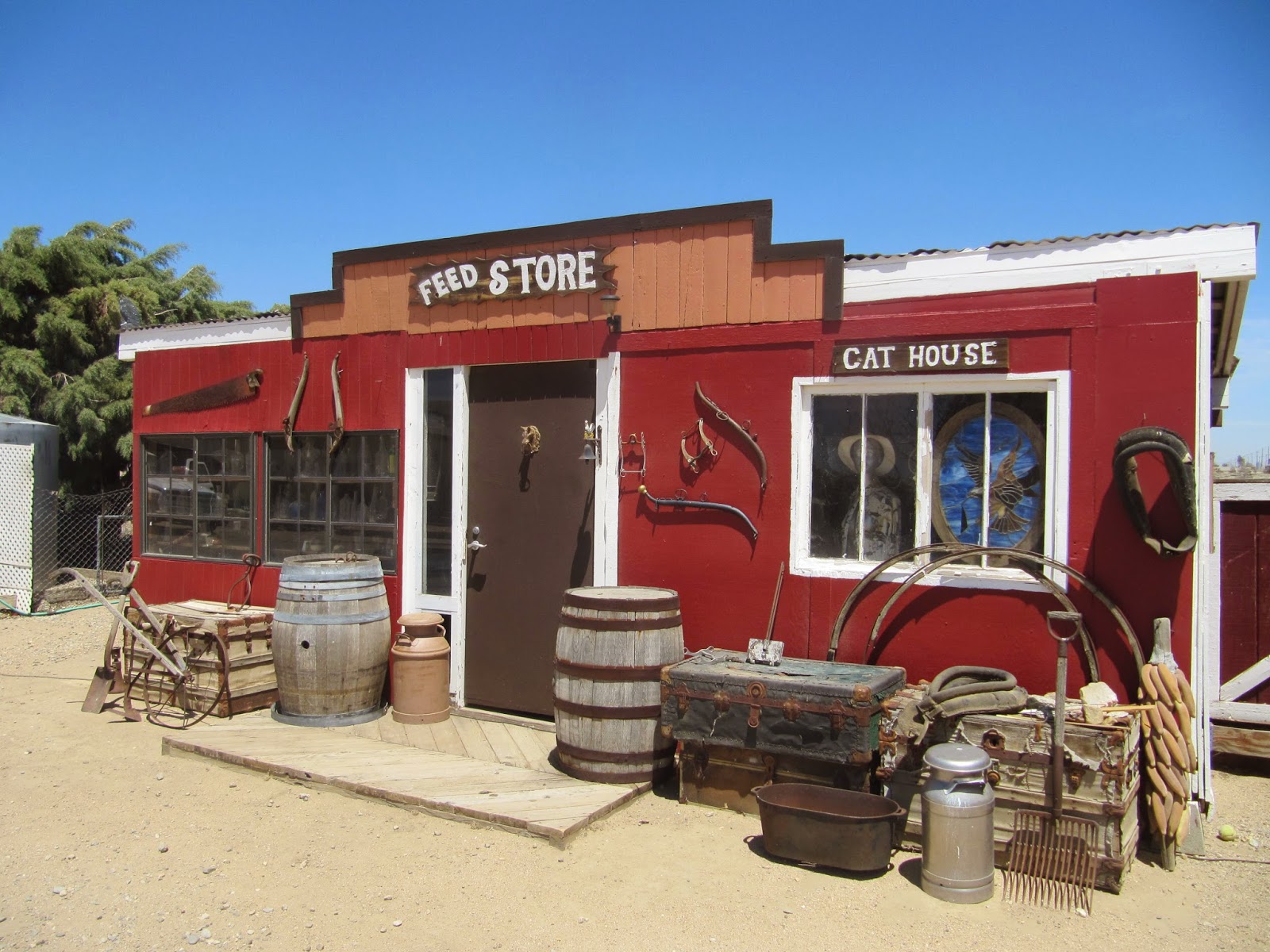 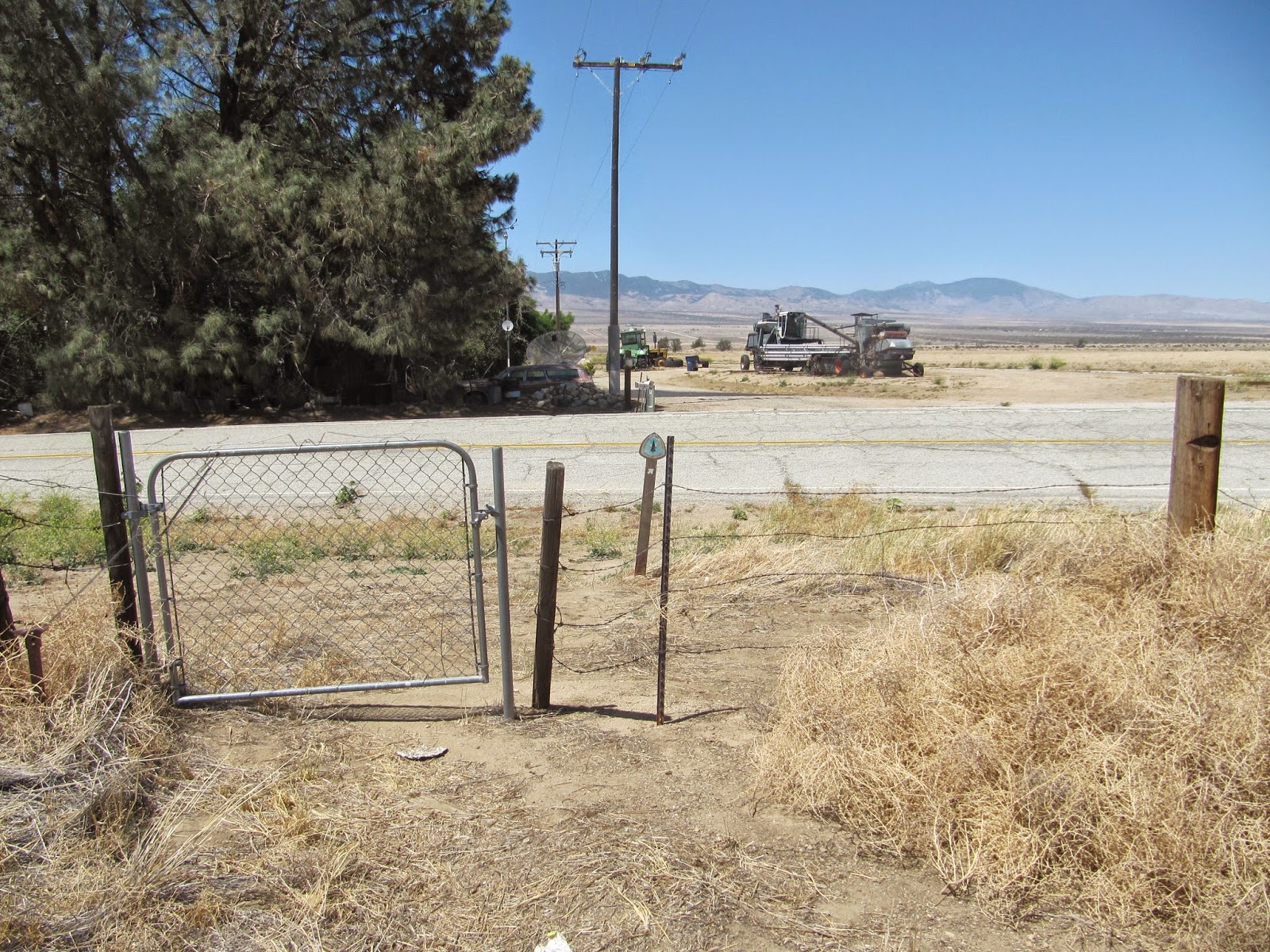 The trail ends at the road, but continues on somewhere on the other side. I just had to look around until I found the connecting link. 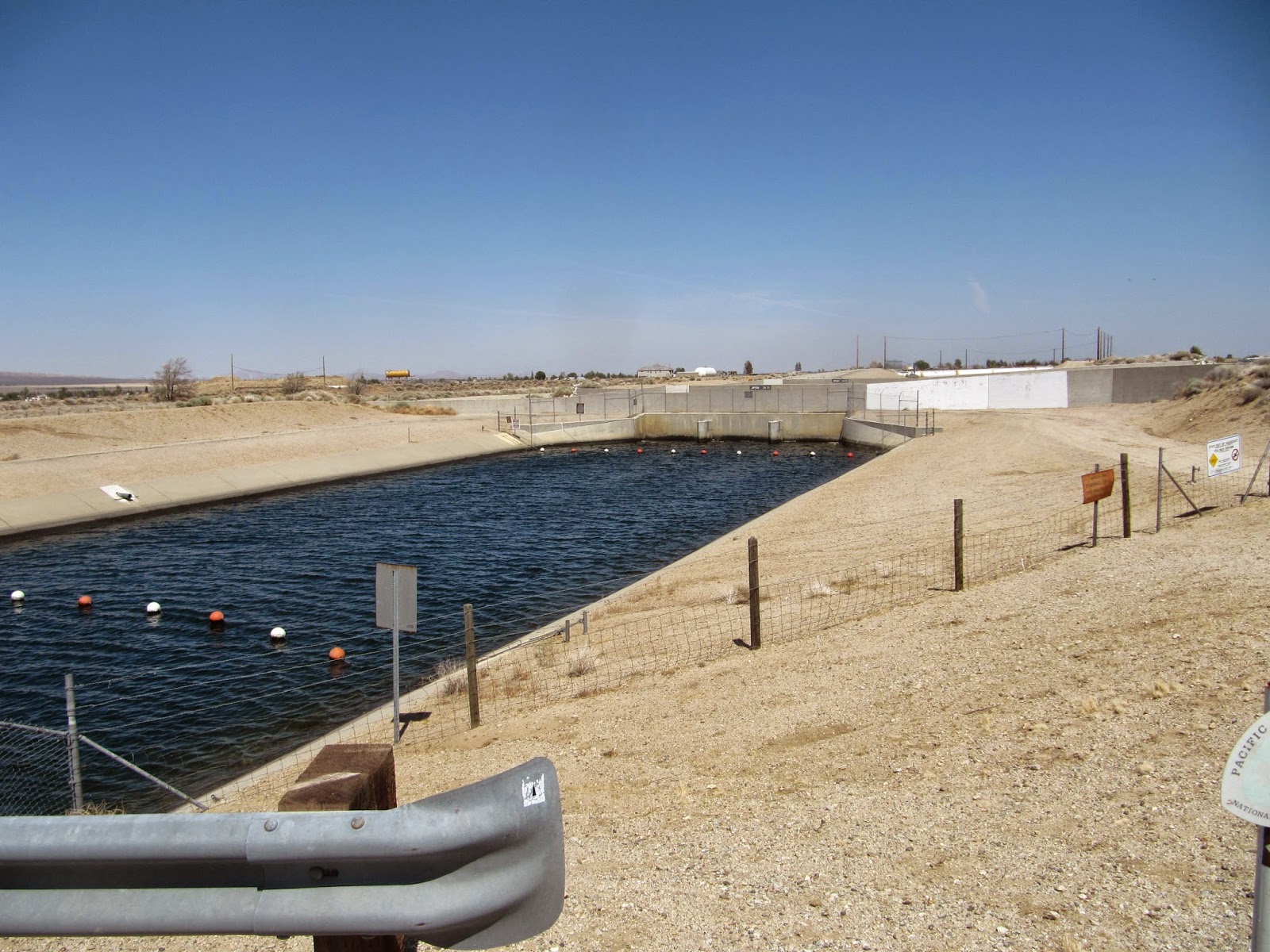 And here is the fabled Los Angeles aqueduct. All this water is coming from the Owen River Valley, far to the north, and is the life blood for Los Angeles. Without this water, L.A. would be nothing more than a small community of fruit growers.