It was too far (five miles) to make it to Kennedy Meadows last night, so I camped in a thicket of Pinyon pine trees, not far from the Kern River.  Knowing that I didn’t have to hurry today to make miles, I didn’t set my internal alarm clock and subsequently didn’t wake up until 5:30 a.m.  I got up from my bedroll, stumbled around for a few moments trying to fully wake up, and then wander over to a tree to take my morning whiz.  Just as I was zipping up, a female hiker came marching along the trail.  A little embarrassed, I waved and said something to the effect,

“You’re up and moving awfully early.”

She laughed and said she couldn’t sleep and wanted to get to Kennedy Meadows as soon as possible.  I asked her trail name and she said “Bree,” or maybe “Breeze,” I wasn’t sure.

I ate a snack for breakfast and headed up the trail.  Within a mile the trail began to parallel the Kern River.  As soon as I could find a convenient spot beside the river, I dumped my pack, took off my shoes and socks and stepped into the water.  As the trail was close to the river, I was hesitant to strip down to my birthday suit and take a bath, so I settled for a sponge bath instead.

I rolled up my pant legs to reveal the dirt and grime on my legs, then using my neckerchief as a washcloth, I scrubbed hard to remove the dirt.  The water was cool, but not cold, and after washing my legs and feet, I splashed water onto my head and face.  It was so refreshing, I couldn’t stop splashing.

At last, I had arrived at Kennedy Meadows, a milestone on the Pacific Crest Trail.  This meant I had hiked seven hundred miles from Campo on the Mexican border; I was officially through with the desert portion of the PCT, and tomorrow when I leave Kennedy Meadows , I will be heading into the Sierra Mountains. 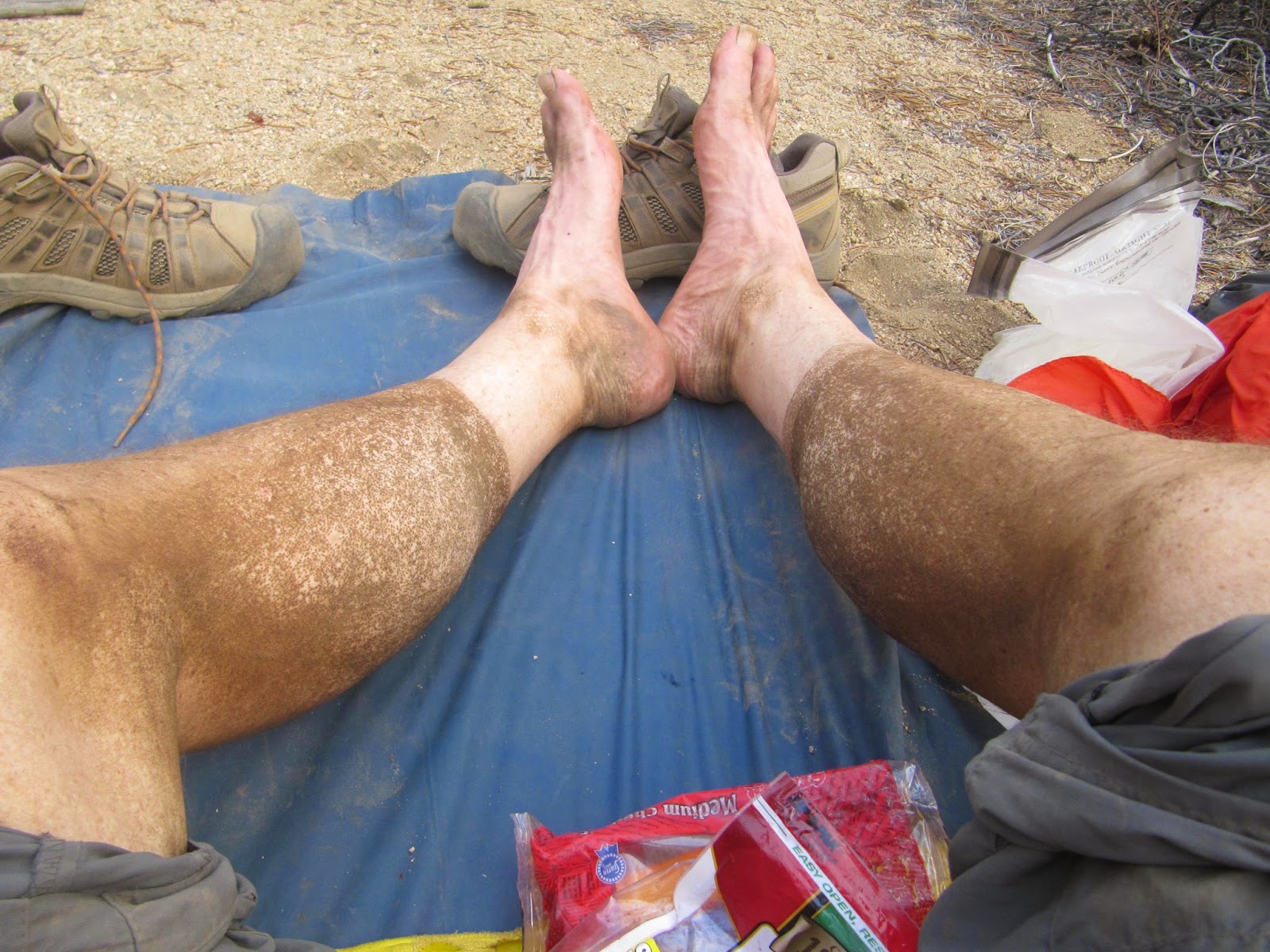 Hiking the trail and dirt go together. 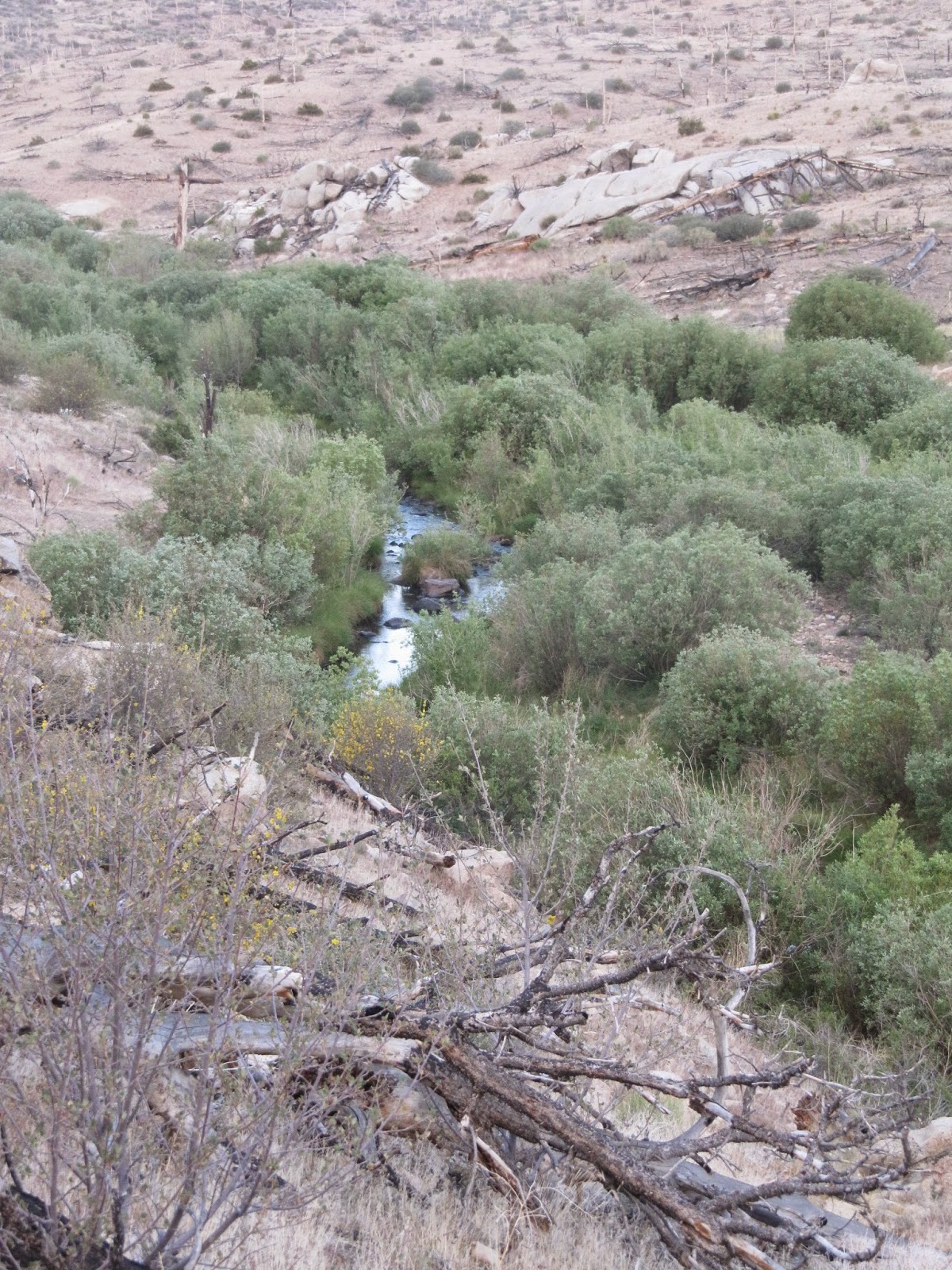 Catching  my first glimpse of the Kern River. 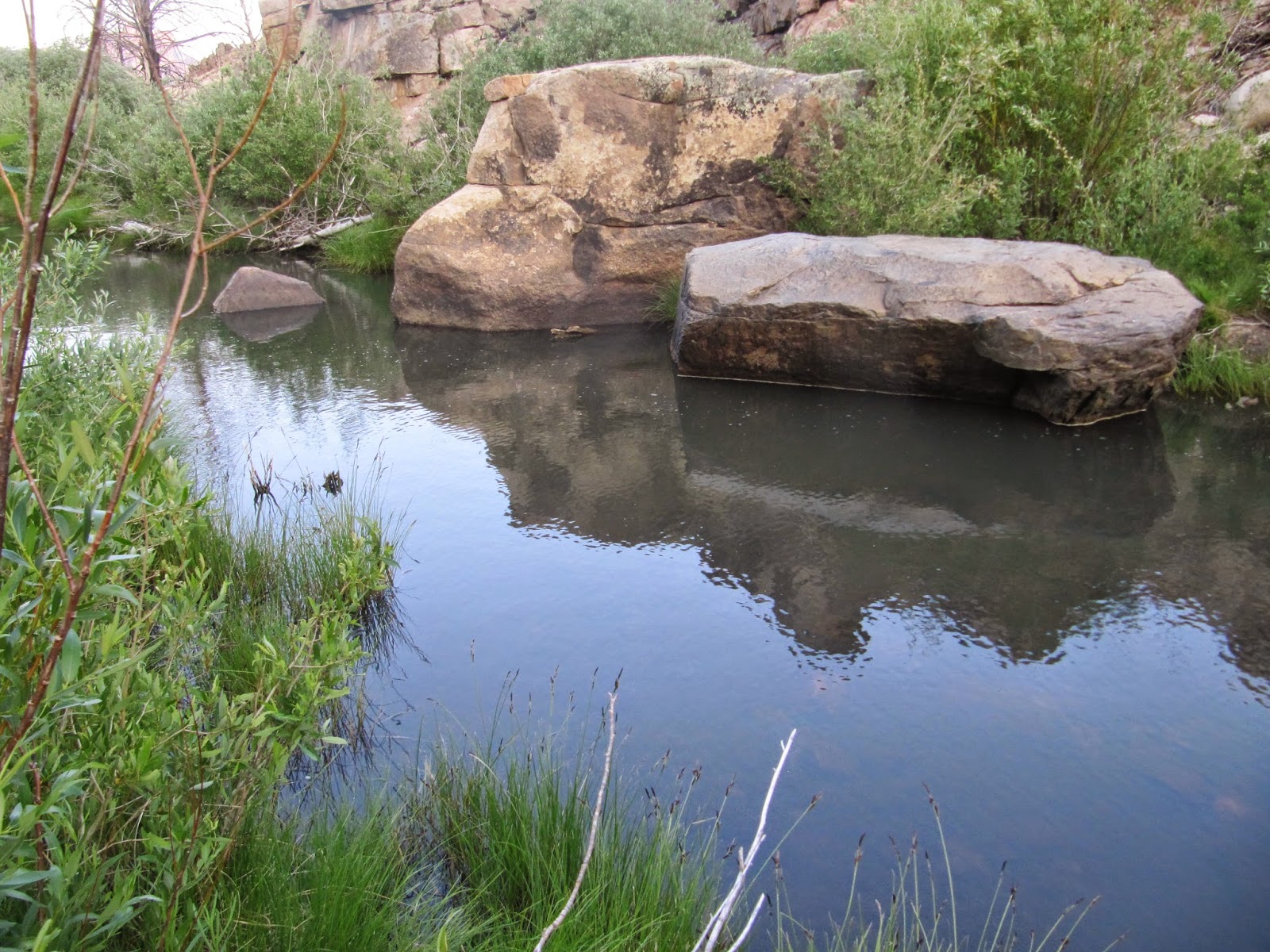 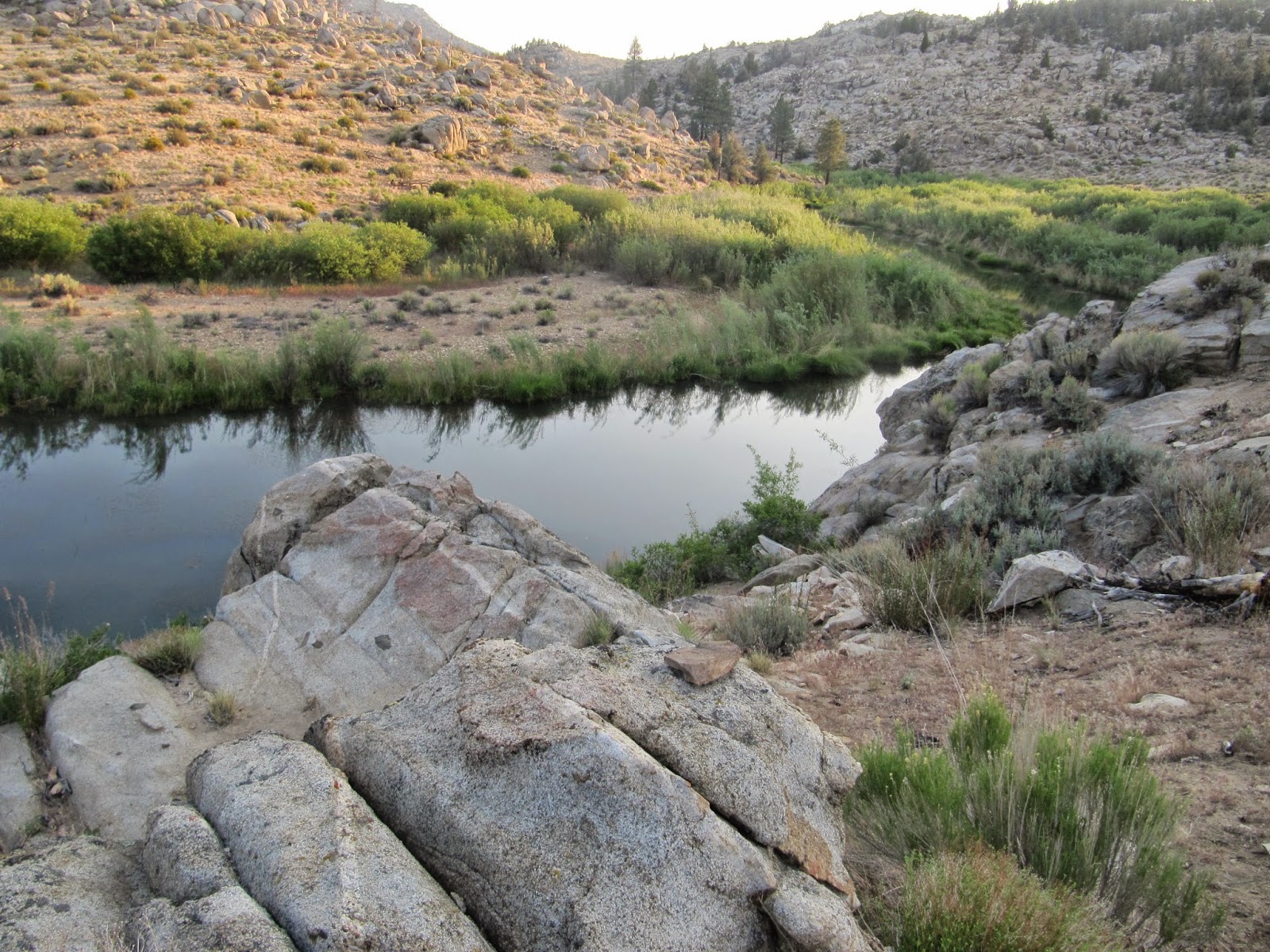 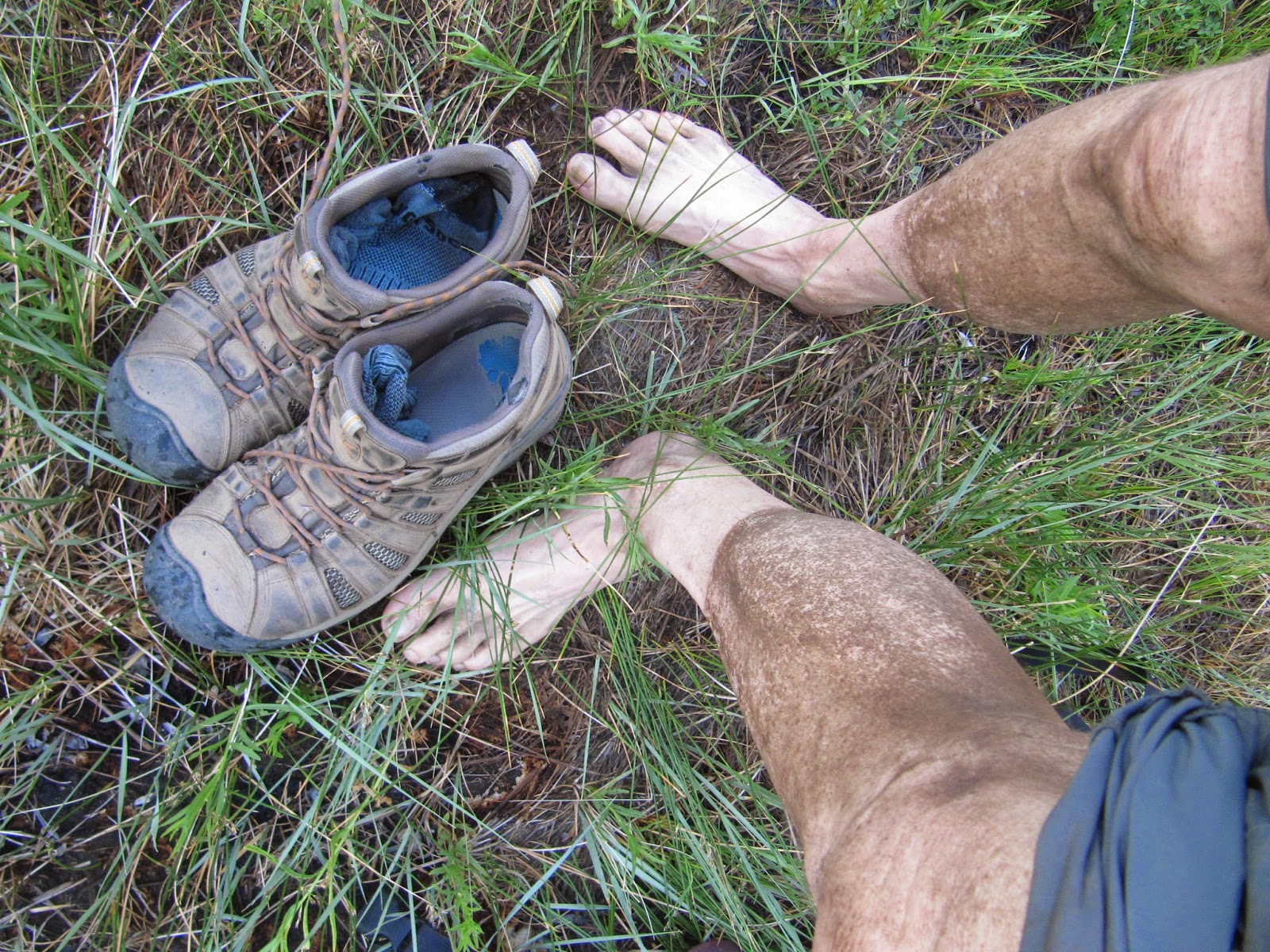 As soon as I could, I stripped down and entered the warm water of the Kern River and commenced to scrub off the thick, encrusted trail dirt. 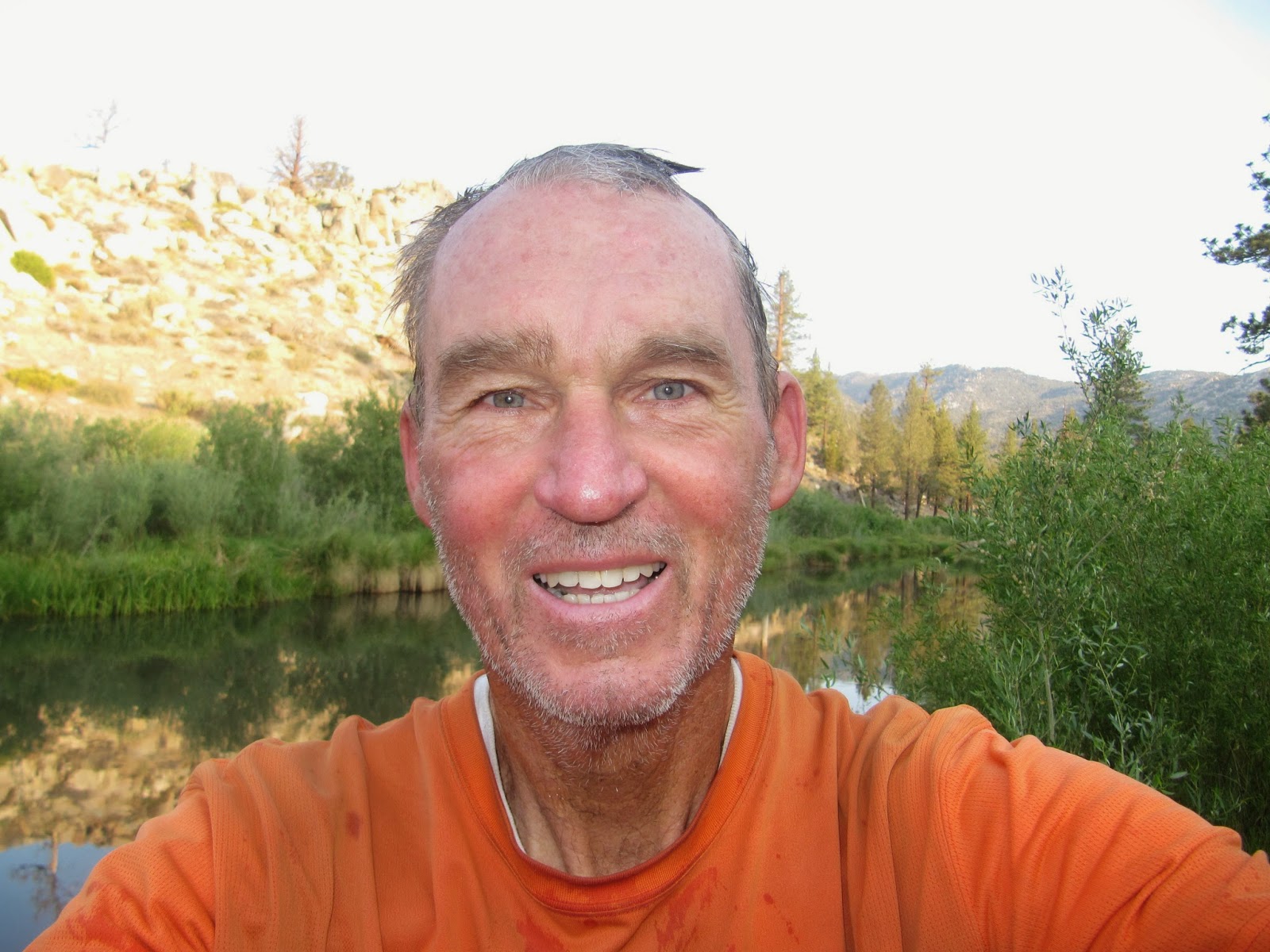 A selfie, after numerous dunkings in the river. 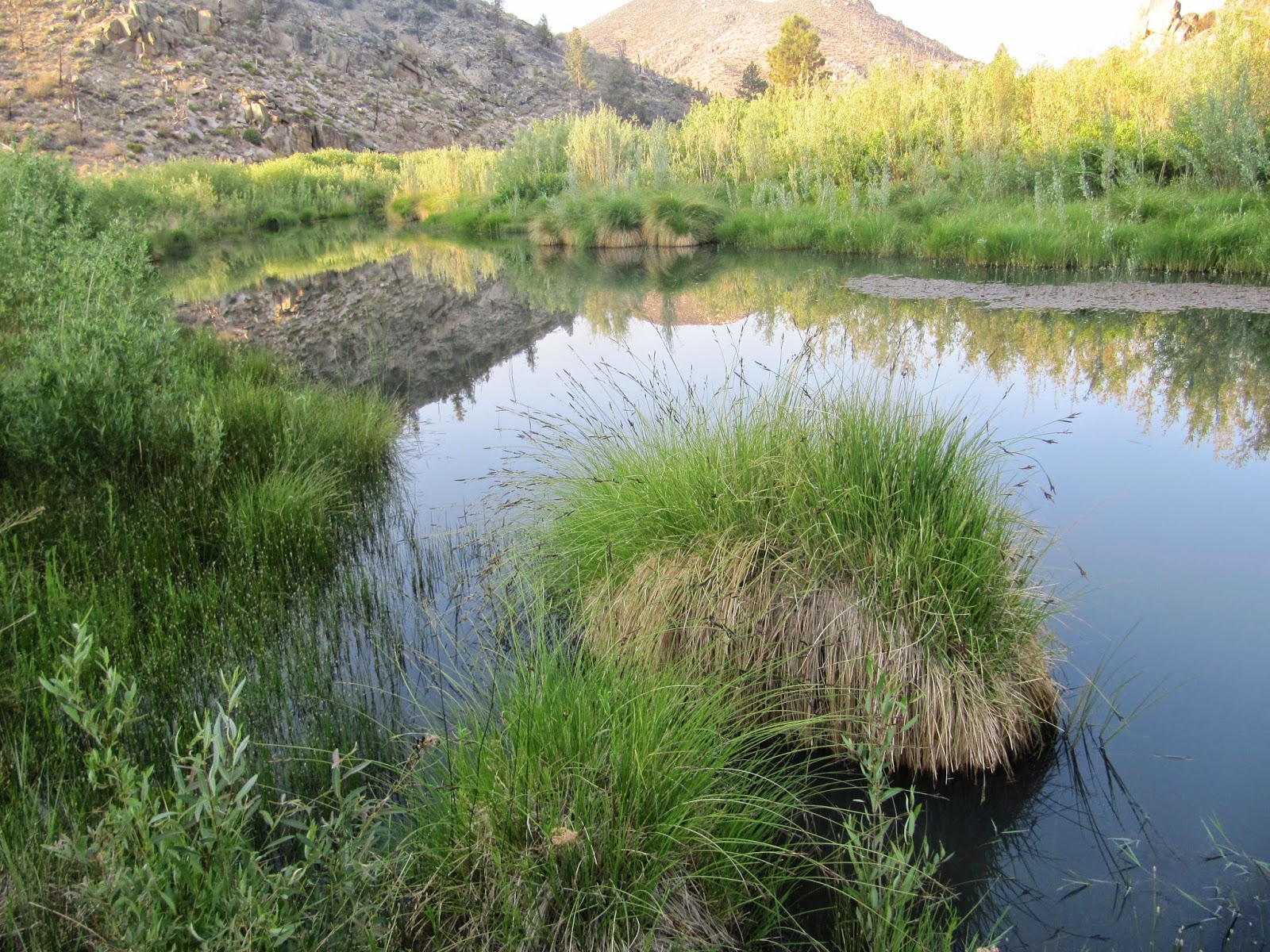 One last look at the river before heading up the trail. 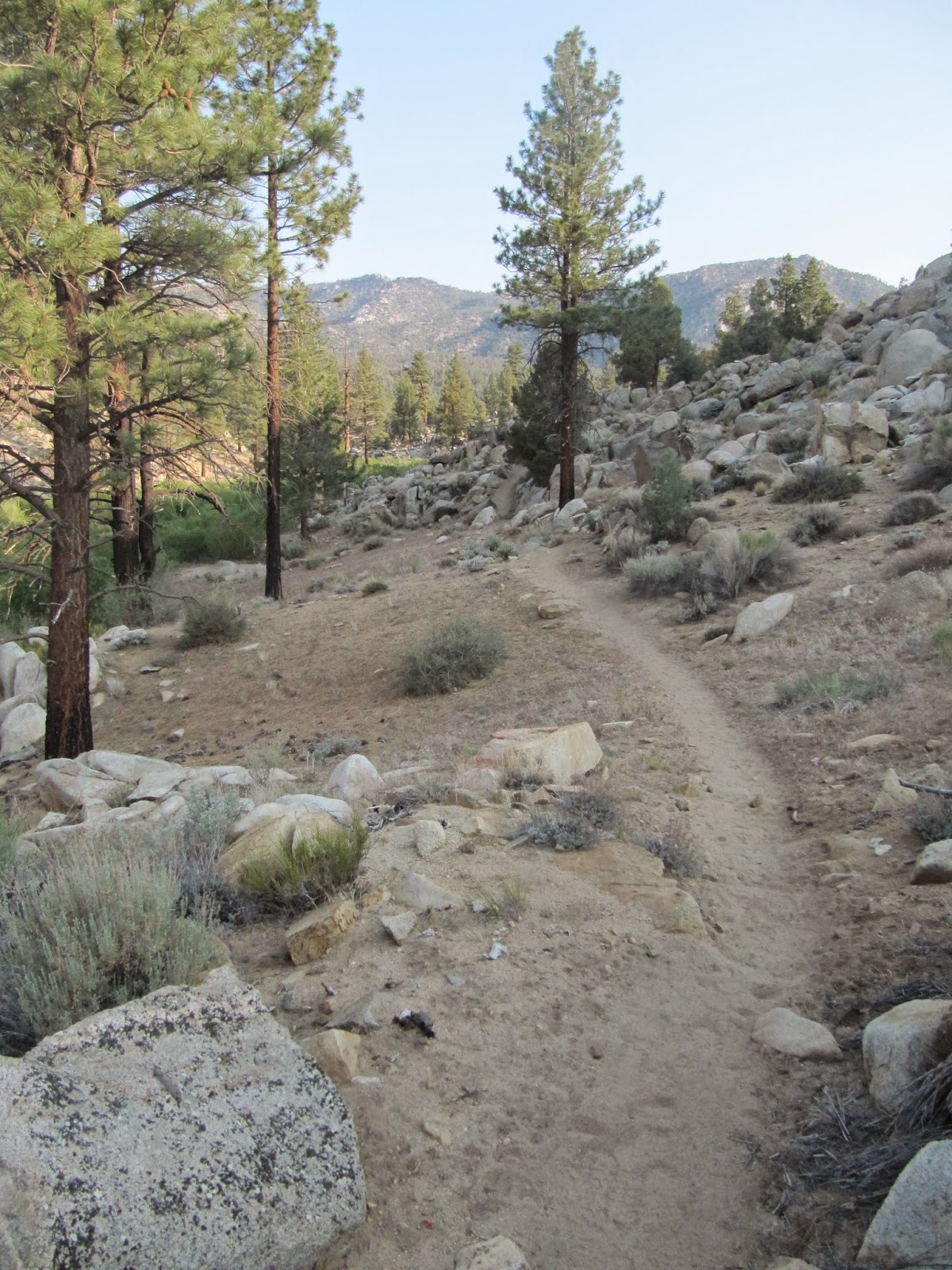 After 700 miles of desert, the mountains and pine trees loom ahead.